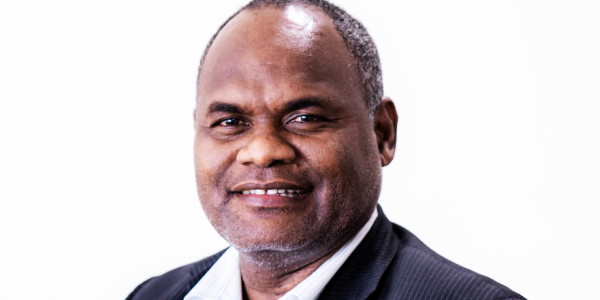 NEWLY appointed President for the Solomon Islands Mission (SIM) of the Seventh Day Adventist (SDA) says his appointment is a ‘calling’ from God and he is ready to lead the Church as of next year.

This means as of next year he will lead the 60,799 Adventist registered members under Solomons Mission.

Pr Filo who hails from Adailiua, East Kwaraae, Malaita Province served as the Associate General Secretary (GS) for two years before he was appointed to the GS position which he has held for over the past two years.

He worked in Papua New Guinea (PNG) for 3 years. Apart from those positions, he served as a church pastor, District Director, Chaplain, lecturer and Associate Ministerial Secretary the past years.

Pr Filo who is married to a PNG lady told the paper that he is happy to serve the Lord wherever He leads him.

“I believe that His calling is His enabling.

“I felt that God called me into this leadership position for His purposes. I will daily seek His leading and wisdom to lead His church into the future,” he said.

“I decided to take up ministry when I completed my form 6 at Betikama.

“What motivated me to take up theology was that we do not have pastors in my home village.

“My family did not expect me to take up theology because both my mum and dad are nurses, and they were expecting me to take up medicine.

“I did my first degree at Pacific Adventist University (PAU) in PNG and graduated in 2006.

He testified that his appointment comes through the grace of God.

“I can say that I rose through church leadership ranks by the grace and leading of God.”

He currently hold a bachelor’s degree in Theology from Pacific Adventist University and a master’s in leadership and Management from Avondale University.

His priorities when taking up his new role are:

Foster teamwork, unity, and alignment in our team;

Continue to encourage media evangelism and discipleship-making programs for the mission;

Pursue unfinished projects for the mission; and

Push for a tertiary institution for Solomon Islands Mission

“He is a very humble and spiritual man,” Pastor Kaufononga said.

“He was the most senior person among our group of leaders and very much respected by all. I will certainly miss him and I wish him all the very best as he serves God from his local church.”

Pr Filo in his acknowledgement message to the outgoing president said, Pr. Silent Tovosia is a humble and godly leader.

“I personally value his mentorship, firmness, and seniority. He has led the mission during some difficult times. His absence in the mission administration will certainly be missed.

“I wish him God’s continuous leading and guidance as he continues to take up roles in the local church,” he said.
He also highlighted that there is still need for more workers in the field as it is growing rapidly.

Currently there are 211 organised churches, 395 company churches, 470 full time pastors and ministers and 925 teachers serving under the church education authority.
Apart from being the current GS, he is also a powerful preacher who also traveled to parts of the country to conduct evangelist campaigns through preaching.

This year he had traveled to Malaita, Kolombangara and Gizo to preach to the communities and residents where many souls have been baptized.

Pr Filo and wife are blessed with three children.