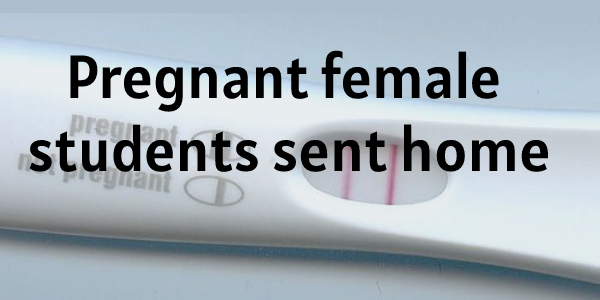 A GOOD number of female students were forced to abandon their education for the 2022 academic year because they will become mothers.

Reports reaching the Solomon Star said some of the high school students only found out they were pregnant after arriving at the school to commence classes.

Two weeks into the school year and they were sent home, it was revealed.

At least two girls from a provincial secondary school in Western Province have been sent home last week because they were found to be pregnant two weeks into the school year, reports reaching the paper.

However, there are other unconfirmed reports of similar incidents happening around the country.

The high incident of teenage pregnancy comes after schools went on a long break for nearly seven months.

Some of the female students could not return to school at all because they were found to become pregnant just before the 2022 academic year commenced.

Others decided to quit school after they got married.

As a result a good number of schools are likely to without many of their female students.

A parent Keto Rence speaking to the papers said, it’s a shameful experience for many parents and their daughters who are caught in this situation.

“It’s a shame and waste of money for parents to spend huge amounts of money for their daughters’ education only to get into such problem when schools are about to start,” he said, adding, it’s a problem that is affecting many young people today.

He said parents should continue to remind their children of the importance of having a good education.

Classes for secondary schools have commenced fortnight ago. Some commenced last week while others this week.

Each of the secondary schools will know the exact number of students once they settled down in the coming weeks.

For some high schools, the number of students that registered so far remains below the usual total each year.

Because of this, some of them are accepting students who decide to transfer this year.

Financial challenges and confusion over the vaccination requirement has forced some students to take a rest this year.