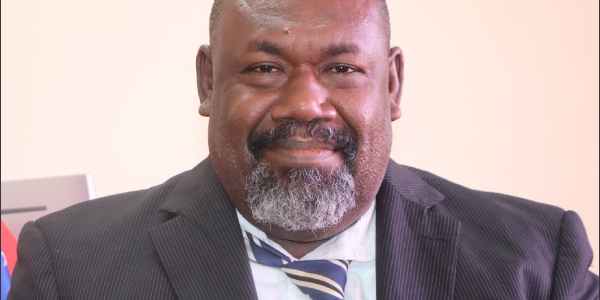 Those who plan to disturb the 2023 Pacific Games should instead focus on how they can benefit from this important event.

This was the statement of Guadalcanal Province Premier Francis Sade in response to land issues raised by a group called Guadalcanal Landowner Defendant Force (GLODF) in the Solomon Star last week.

The GLODF group had called on both the Premier and Prime Minister Sogavare to prioritize the alienated land issue before hosting the PG 2023.

Apart from the national government, Premier Sade had already issued a statement clarifying the alienated land cases on April 7, 2022.

“This means that the areas are currently owned by different individuals and parties including the Commissioner of Lands,” Mr Sade said in a statement today.

He said his province could not take the lead on the issue because it is a national government issue.

“However, as a province, Guadalcanal can only assist the national government with the alienated land matters,” the premier said.

Me Sade said most of these lands have FTEs and P.E titles, meaning they’re registered lands and they have legal implications.

“My government will work closely with the national government policy on the returned of the alienation land because it is an important issue.
“We’ve been doing that since 2019,” Premier Sade said.

He added that this land issue should in no way be used as the leverage by such a group who claim to represent Guadalcanal people.

“The GLODF group is not a legitimate group and it cannot come out in the media to speak on behalf of the Guadalcanal people as it claimed.

“Guadalcanal Provincial Government is the only legitimate authority to represent all Guadalcanal people, not a random group that was not elected by the consent of the majority through the democratic process.

“Thus, to claim that this group represent Guadalcanal people in terms of the alienated land, is clearly misleading,” Mr Sade said.

Therefore, he kindly appealed to the GLODF spokesperson to consult with the House of Chiefs in the respective area and Guadalcanal Provincial Government before venting out such unsubstantial claims in the media.

“Any such group should respect the Ghaobata, Bahomea, and Malango House of Chiefs, whom my Government is always in consultation with whenever such important land matters arise.

“Respect for chiefs is paramount in our culture whenever we’re dealing with land matters whether they’re alienated or customary.

“We must not overlook this important pillar or structure in our society. It is all about 𝒌𝒖𝒌𝒖𝒏𝒊 (respect),” Premier Sade said.
Premier Sade also uses the opportunity to reemphasize his Government’s stance on the Pacific Games next year.

“I want to make it clear once and for all that my government had already made the decision to support the national government during this regional event of the Pacific Games 2023.

“Let us not politicize sports, but work in partnership on what’s best for our Province and the country.

“In fact, most of our young Guadalcanal athletes will benefit from this important project after its completions. They will get more exposures to compete with professional athletes in the regions. They will continue to use these standard sports facilities even after the PG 2023.

“Some of our young Guadalcanal athletes will go on to get scholarships and build their careers base on their passions in sports,” Premier Sade said.

He said the spillover effects for this PG 2023 will also touch the lives of the rural farmers on Guadalcanal Province.

“In fact, some of our farmers have already doing small scale farming in anticipation of the Pacific Games. This is about taking advantage of the situation and maximizing it to our own benefits,” the Premier said.

Premier Sade also explained that a MOU was signed in 2018, between the former Prime Minister Hon. Rick Hou and the Catholic Education Authority to upgrade the rundown dormitories at St. Joseph Tenaru National Secondary School (NSS) to host our national athletes during the PG 2023.

“This MOU is important for, not only St. Joseph Tenaru, but for all Guadalcanal students who will be doing their studies there, not to mention other provinces as well.

“They will have safe and secure dormitories that they can take pride of,” he said.

He said those who wanted to disturb the regional and national event should really consider their actions.

“They should be planning on how to benefit from this once in a life-time event, not disturbing it. Otherwise, it will be a missed opportunity,” Mr Sade said.