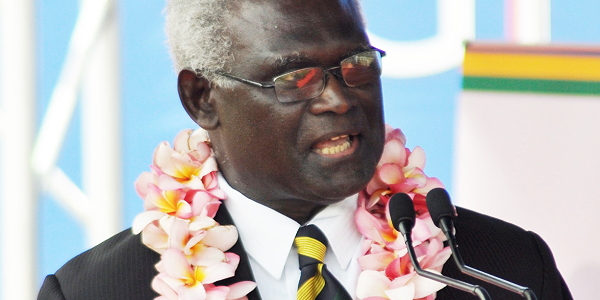 Mr. Sogavare’s 10-member delegation, which flew out of Honiara this morning [Wednesday], consisted of all the MPs from Makira/Ulawa Province as well as senior government officials.

Senior government officials have now been in Kira Kira for a week, preparing for the occasion – the first major economic event for the DCGA government. CEMA Board Chairman, and former Finance Minister, Alpha Kimata and his Board Members arrived in Kira Kira on Monday for today’s ceremony.

The ceremony is expected to take place around midday today. Mr. Sogavare and his delegation would return to Honiara on Thursday morning, officials said.

Meanwhile preparations are underway to establish the next six Buying Centres around the country. These new Buying Centres would be in Honiara, Buala in Isabel, Tarakukure in Choiseul Bay, Lata in Temotu Province, Malu’u in North Malaita and Auki, officials told Solomon Star yesterday.

One official said the other major task being undertaken now is the review of the CEMA Act to accommodate the changes and the Government’s economic approach in revitalizing economic activities under CEMA.

Oddly enough, Russell Islands in Central Islands Province, which was regarded as the key cocoa and coconut producing centres for many years, appears to have been ignored by the Government in its selection of Buying Centres around the country.

In 2021, Prime Minister Sogavare reportedly highlighted Russell Islands’ huge potential in the coconut industry, saying this had not been utilized “to its maximum capacity …”.

“There are challenges that hinder the development in Russell – one relates to the defunct RIPEL and a number of legal proceedings that is before the courts. The second challenge is lack of consideration for down-streaming of coconuts (value-added) on locally owned plantations. Third, is the absence of proper set-ups in rural communities,” he told a gathering in Tulagi on the second appointed day of the Central Islands Provincial Government.

Yandina in the Russell Islands appears to have slipped the list of the seven new Buying Centres the government has announced so far.