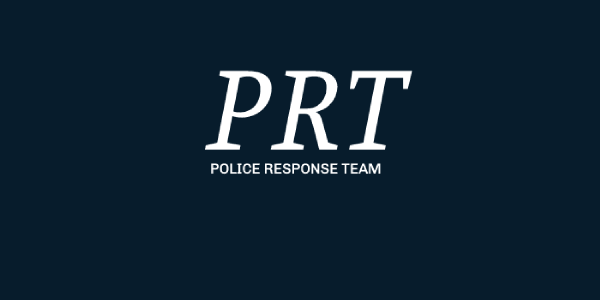 Dear Editor – Thank you for publishing my view about the good works of our Police Response Team (PRT).

On Monday morning my relative told me about what the PRT allegedly did to my relative, who is a teenager, 19 years old.

I’m told they took him to the Central Police Station on Sunday 16th January 2022.

He was taken from Titinge Ridge, from a residential area there when he went there with his friend for a visit.

It was claimed the PRT Officers threw him into a dark room and four PRT Officers kicked with their boots and hit him again and again, all over his body.

When one of the PRT kicked and missed him, the PRT Officer called out, “Why did you miss my kick?” and he held my relative’s head and hit his head against the brick wall of the room.

My relative’s ribs, legs, and body got hurt all over. His face was swollen that his eyes got closed and then he blacked out.

So the PRT got hold of whoever was there they could get. They took my relative and one other person and 2 other younger ones, to the Central Police Station, and did what they did.

The two younger ones were released before a 24-hour period lapsed for reasons the Officers themselves knew.

However, my relative and another youth stayed beyond 24 hours because the Officers who were on shift at that time further delayed their release even though they needed medication attention.

My questions that arise from this scenario are: Does our Law allow the PRT to use such excessive force like that on a person unarmed and on someone who is innocent?

And as if it’s not yet enough, the Officers on shift on Monday night (17th January) did not release him after 24 hours had elapsed, and even though the supervisor of those Officers had instructed them to do the release.

He needed medical attention but they choose to leave him in the cell.

What is the reason? I think the PRT are doing a great job in chasing after Lawbreakers.

However, when these lawbreakers escaped, I think it is not right for the PRT Officers to turn their frustrations to innocent youths who do not deserve such ill-treatment.

Were these assault treatments done by Officers in the darkroom legal according to our Solomon Islands Law?

If these actions are not legal, then I am wondering how can there be a guarantee on the safety of innocents, to be not tortured by Police due to frustrations or unprofessional practices?