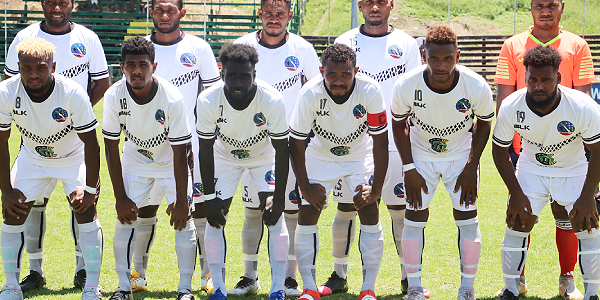 REAL Kakamora FC has ended their 2021 Telekom S-league (TSL) campaign on the fifth spot with 33 points following their tenth win of the season at Lawson Tama, Saturday.

Kakamora knowing they were not able to finish in the top four put on extra efforts to settle for the fifth spot.

Vfresh Isabel is also contesting for the fifth spot and will have to score more than 12 goals in their final match against Laugu today to achieve that.

Kula FC remains at the twelfth spot with six points.

KOSSA FC has also ended their season with a win, a narrow 2-1 win over Southern United FC in yesterday’s second match.

The lone goal was scored by Adrian Mara.

Eels remain on the fourth place with 40 points and City on eleventh spot with 15 points.

The match between Coast FC against Marist and Solomon Warriors FC against Waneagu are crucial matches to decide the title winner for the season.

Both teams face a do or die situation as they need wins to claim the title.

Warriors must win the match and hope current leaders Central Coast FC ends their final match against Marist with a draw or a defeat.

A draw or defeat for Warriors will give Coast the reason for early celebrations as title winners.

The same goes for Coast who remains atop with 48 points.

Central Coast FC remains on course to clinch a historic first-ever title, however they need nothing less than a win to do so.