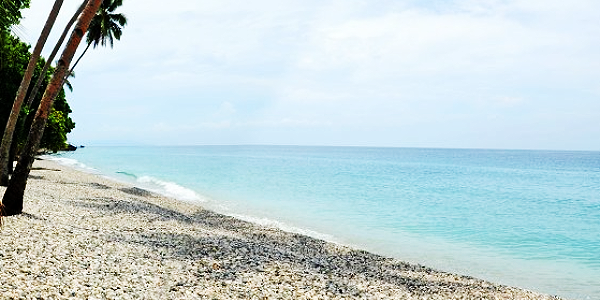 THE Board of the newly revived Commodities Export Marketing Authority (CEMA) is embroiled in a dispute with businessman Alex Bartlett over the sale of Hammock Beach – a prime beachfront property west of Honiara.

Insiders have now confirmed an advance payment of $1 million already made to Mr. Bartlett was never approved by the Board.

“While the Hammock Beach deal is set to be further discussed, the position of the Board is that Mr. Bartlett return the money immediately,” the insiders said yesterday.

“But his reply was that it will affect CEMA future dealings with Russell Islands copra purchases by CEMA. Nevertheless, CEMA board will not listen to Alex Bartlett because the revitalization & recapitalization program is not about acquiring of assets but foremost the activization of copra and cocoa productions or reaching our rural farmers.

“He (Mr. Bartlett) may be (the) rightful owner of Hammock Beach but we will not do further deals with him,” insiders told Solomon Star.

CEMA has begun opening provincial buying centres as part of its roll out plan.

In Makita, its buying centre was opened at Pakera in May this year and a manager has been appointed. He has begun buying copra&cocoa there. Other provincial buying centres would be opening soon.

Meanwhile a relative has spoken in defense of the businessman, saying Mr. Bartlett had never done anything wrong.

“Mr. Bartlett holds the Perpetual Estate (PE) title over the Hammock Beach property for many years. He has fulfilled all the customary requirements and has held discussions with the families occupying the land.

“They in fact are relatives,” he said.

“Those people occupying the land there are not landowners. They are illegal squatters.

To assist them, Mr. Bartlett has put two options to the 11 families living there. He will find land to resettle them or pay each family ten thousand dollars so they can buy their own land,” the relative, a former government officer, told Solomon Star.

The relative said CEMA should settle the balance of $6 million so that the settlers could be paid to move elsewhere.

Under the deal struck with the Management of CEMA, the title would be transferred to CEMA in six months.

In the meantime, Mr. Bartlett has begun eviction proceedings in the High Court, according to the relative.

“We don’t know why the High Court is taking so long to decide such a simple matter,” the relative said.