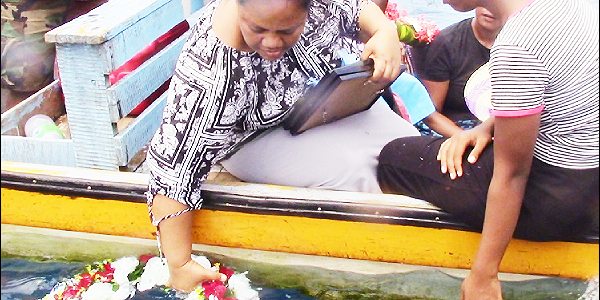 A SERVICE to remember the 14 victims of the New Year’s Day sea tragedy was held at Saint Peter’s Cathedral, Gizo, Western Province, Tuesday.

Pictures of those missing were placed on the Saint Peter’s Cathedral altar for all to see.

The 14 went missing when the 75 horse powered engine boat they were travelling in between Gizo, Shortland Islands and Choiseul Province, never reached its destination on New Year’s Day.

Mr Malakana said although only the body of one female member of the group was found, villagers along the Moli and Taro islands continued to find body parts believed to be the remains of some of those missing.

He said many people attended the service to pay their respect.

After the service boats were provided for all to travel out to sea to place wreaths and say their final goodbyes to their missing loved ones.

Search for those missing has been called off on Friday last week.