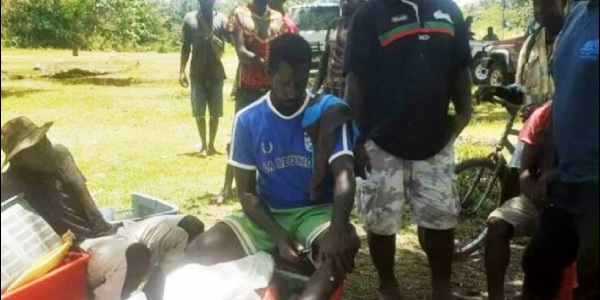 Chiefs on Bougainville appeals based on humanitarian ground

CHIEFS in Bougainville, Papua New Guinea (PNG) have called on the Government of Solomon Islands to consider the plight of the Shortlands islands people, Western Province and consider reopening the border based on humanitarian grounds.

This came after people from Shortlands were denied access to some essential services which severely affected their livelihood as a result of border closure and travel restriction following COVID outbreak two years ago.

According to a report published in the Post Courier in Arawa, Bougainville, a spokesperson for the chiefs on the Bougainville said the Solomon Island Government really needs to review its PNG/Solomon Islands border based on humanitarian grounds.

This is to allow Solomon islanders to travel across and sell their fish at Buin market because their own government cannot take care for them.

“That is why this border really needs to re-open with strict rules,” he said.

He said its so sad to learn that even women and children crossed the border.

“They protested some weeks ago because the government has failed to send them a relief supply ship.

“The Shortland Islanders said they have no choice but to cross over or die due to lack of food and essential services that can bring into exchange for money that can help them buy at least some Bougainville from the shops,” the spokesperson told Post Courier.

The spokesperson said the people of Shortlands had close connection with the people and communities Orava, Buin and Arawa towns.

He added the only people who will suffer right now on Bougainville are the Tasman Islanders which borders with Ontong Java of the Malaita Outer Atolls. Tasman is far from Buka town – regional capital.

“Please based on humanitarian grounds, we ask Solomon Islands Government to consider re-opening the border for a short time only and just monitor the situation and the movement of people.

“It also important to improve strict measures like wearing of masks and have passes when crossing the border.

“The people of Buin and Orava understand the situation in Shortland people and are willing to accommodate them in Buin when they cross over to do business,” the chiefs’ spokesperson said.

They also asked AGB Government and PNG Government to think about their neighbors in Shortlands and their very own Tasman lslanders.

At least about 55 fishermen from Shortland Islanders were intercepted by the Southern Command Police with some Immigration Officers more than a week ago.

However, an understanding has reached therefore the Shortland islanders were able to sell their fish at the Buin market.

Meanwhile, the Western Provincial Secretary (PS) of Western Province, Jeffrey Wickham said more than a thousand bags of rice donated by Australian for border communities are still sitting in the provincial capital, Gizo.

PS Wickham said, the consignment could not be shipped to the communities due to lack of funds.

“We don’t have the funds to charter a boat or fuel to transport the bags of rice to Shortlands.”

He highlighted that some communities in the Shortland islands did not have gardens and so thats why they had to go back to their usual practice, crossing the border to do marketing at the Buin Market in Bougainville.

He said copra buyers and producers in Shortland islanders are still waiting for any ship to transport their copra so its affecting them.

“And so the pain grows, shortage of food supplies, small shops in the communities and villages are very expensive,” he expressed.