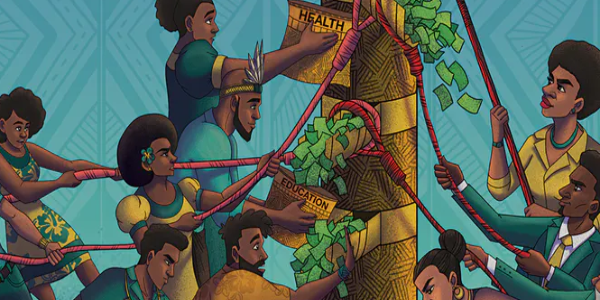 ABOUT 52% of respondents that took part in a survey Global Corruption Barometer believe Solomon Islands Government (SIG) is not doing a good job combating corruption.

TSI Vice Chairman Rodney Kingmele highlighted this in his keynote address at the launch of the Global Corruption Barometer – Pacific 2021 report on Tuesday.

He stated the flagship institution established to fight corruption the Solomon Islands Independent Commission Against Corruption is not only poorly resourced but must be able to and allowed to work collaboratively with the people, key institutions, and other stakeholders in this fight.

“Everyone must take up the fight against corruption if it is going to have any impact at all,” Kingmele said.

He added this new data reveals for the first time the high levels of corruption directly experienced by people in Solomon Islands points to a pressing need for reform.

“At this point, I echo Ms Delia Ferreira Rubio, Chair of Transparency International’s statement “Governments need to listen to their people and address their corruption problems to ensure they can vote freely and access quality public services easily, regardless of who they know and what they can pay, rooted in fairness and accountability.”

However, he stated Solomon Islands leaders have made several positive steps by making public commitments and national initiatives to tackle corruption.

“The Solomon Islands Independent Commission Against Corruption, all the Institutions of Integrity and Accountability, media freedom, civil society organisations and citizens, especially youth will be at the heart of any positive change.

“For this to be achieved the government needs     to provide an environment for meaningful reforms, be it legislative, educational, and other measures to hold power to account for corrupt conduct,” Kingmele said.