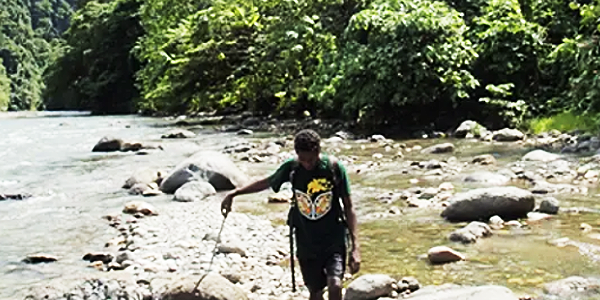 THE multi-million-dollar Tina hydro project in Central Guadalcanal is facing a revolt by a tribal landowning group, a move which could cause substantial delays in the construction of the USD86 million hydro scheme.

Police trying to enforce a High Court order last week clashed with members of the Charana Tribe – the largest group which owns the land where the powerhouse for the scheme is being built.

Three landowners were arrested and put into custody but were released the next day, according to tribal group members who spoke to Solomon Star over the weekend.

Now Charana Tribe landowners are calling for a full investigation into the administration of funding for the nation’s first hydro scheme.

“There is a lot of corruption,” one leader said.

“We are surprised that the World Bank appears to be supporting a scheme which encourages corruption at the highest level instead of supporting the cause of resource owners.

“The World Bank must explain itself to the people of Charana why it opted to support the land acquisition option. It may be the fastest way to get result but it must also know that in Solomon Islands, this is where the players make their money,” spokesman said.

“Up to when Dr Sikua left, everything was going well. We, the members of Charana Tribal group saw the project as a good one which promises economic benefits to us and everyone.

“Two options were put to all the land-owning groups, including Charana landowners –was to buy the land through Land Acquisition specified as Division 1 in the Act while Option 2 or Division 2 was not. We rejected outright Option 1,” one Charana landowner speaking on condition of anonymity, told Solomon Star.

“Everyone – the paramount chiefs, representing the Malango and Bahomea Districts and the Land Council which we have set up and members – all agreed Option 2 or Division 2 is our preference,” the spokesman said,

“In fact, we passed a resolution in the joint meetings rejecting Option1.”

However, he said when Gordon Darcy Lilo became Prime Minister, his government opted for acquisition.

“It was at this point that we decided not to take part in any talks anymore           and that’s when the whole process was hijacked. A core group of landowners was identified and the government began paying them for the land,” the spokesman said.

These tribal groups have been paid without any due diligence to establish the bona fide of their ownership of land in the area, the spokesman said.

“First and foremost, we want the Charana tribe to be recognised as being critical to the success of the project,” the spokesman said.

“Secondly, the government should use the same formula it used in paying the other groups to work out what is due to the Charana Tribe. Failure to do so will mean we will take actions to block the access to the site despite the existing Court Orders,” the man said.

This is just the beginning. Other landowning groups will be joining us to fight for our rights.

In April 2017, Deputy Prime Minister, Manasseh Maelanga, announced that “cornerstone finance worth USD$86M for the Tina River Hydro Power Project (TRHPP) has been secured from the Green Climate Fund (GCF) with formal approval for the funding proposal being granted at the 16th meeting of the GCF Board in South Korea.

“GCF is the operating entity of the financial mechanism of the United Nations Framework Convention on Climate Change and the TRHPP is one of our contributions under the Paris Agreement to reduce greenhouse gas emissions from the energy sector,” Mr Maelanga said then.

“With the GCF funding now approved, to date a total of USD$101M has already been formally secured by the SIG for the TRHPP in the form of both grants and concessional loans, with a minimum of USD$65M in additional funding which also has preliminary approval and though subject to pre-conditions, can be progressively made available over the coming months from various financial institutions which include the World Bank, South Korea’s Economic Development Corporation Fund and the Asian Development Bank.

‘The aim of the SIG is to have all financing and administrative requirements in place by October 2017 so construction of the TRHPP can commence immediately thereafter,” Mr Maelanga said.