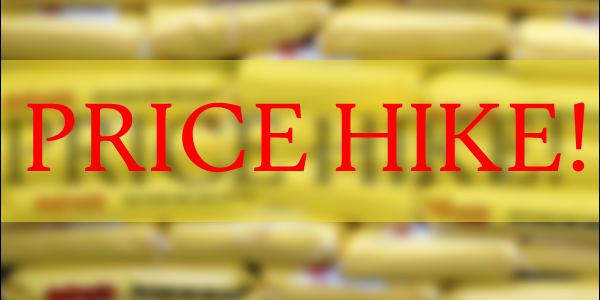 PRICES in shops both in Honiara and around the country have soared and many are blaming the riots, looting and burning of shops in Honiara last November for the steep increases.

Prices of other essentials such as toilet papers, noodles, packets of sugar have also gone up markedly as the law of supply and demand kicked in. Outside Honiara, prices for food items have increased by as much as 100 percent.

The news comes as speculation is gaining momentum that the movement for Malaita independence could be falling apart. Sources told Solomon Star on the weekend Premier Daniel Suidani was advised to return to his Ward in West Fataleka where his own people would provide protection from police.

“His political advisors have told him they could no longer provide the protection he needs as police increase their presence in Auki,” one source said.

In Auki the price hike for food items has also gone up. The price of a 20kg bag of rice, which was once selling for just $125 apiece or less, is now selling for $138 a bag as the starting price.

“The further you move away from Auki for example, the higher the prices as canteen owners pass on the price increases to the end users.

“This is really hurting everyone. Worse, the price increases have come at a time when there are so many other family needs such as school fees to meet. The wet season is not making things easier either,” one individual told Solomon Star.

Others said that in Honiara greed also came into play as shop owners took advantage of the situation.

“The fact that many have lost their jobs as a result of the riots, looting and burning of properties makes it so difficult for many families. We just hope that the government can intervene one way or the other,” the person said.

It is estimated that in the two days of riots, looting and burning of shops and properties in Honiara has cost the local economy half a billion dollars, according to an impact assessment by the Central Bank of Solomon Islands.

Fearing the situation could get worse, the government sought and received intervention by foreign troops from Australia, Fiji, New Zealand and Papua New Guinea.

Some 300 foreign troops and Australian Federal Police officers are in the country keeping an eye on what is happening.

The People’s Republic of China (PRC) has also provided assistance by way of equipment for the local police.