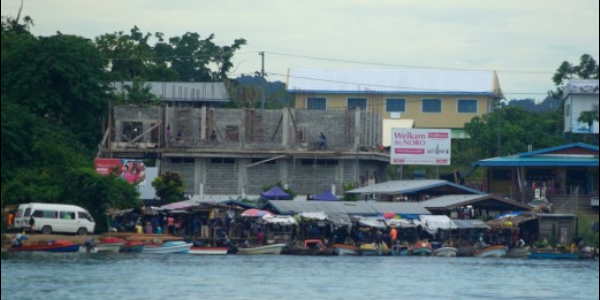 NORO in Western Province continue to experience an increasing number of people especially youths roaming the street and communities drunk while causing nuisance, playing loud music and even causes troubles.

And this had raised complaints and concern from residents in Noro.

Because of the concern Noro Oversight Committee Inspector, Robert Hickie said they will try to address the issue.

He confirmed there’s a big number of disturbances report related to alcohol that was recorded in Noro.

Inspector Robert Hickie said reports from Noro residents highlighted that the disturbances started from morning till late into the night.

He said he will meet with his committee members to decide on the very situation because it’s a risk to the community given the COVID-19 transmission.

“This is a very serious matter that communities in Noro need to listen and respect.

“Based on our duties, we can easily do our job to curb down on those drunken people but we also have our own mandated duties to follow.

“We cannot arrest them physically or confront them in public during this situation; it is because we are part of the community.

“Moreover, it is the duty for police to deal with.

“However, to deal with drunkards and if there’s a confrontation then its going to be complicated.

“We might expose to risk situation and can easily contract the virus,” Inspector Hickie said.

He said a lot of awareness has been done but still many people never listen.

Mr. Hickie said as of Wednesday, they have received a total number of 22 calls from the public and resident reporting drunkard youths causing nuisances to the communities.

He said even few people were also rushed to the clinic after being injured during a fight.

At least 5 people are already in custody at Noro Police Station.

He appeals to the people and communities in Noro to work together with police this trying time.

“We are at the high risk zone and so by limiting our movement and follow the safety measures is very critical at this point of time to avoid the virus from spreading further, he concluded.