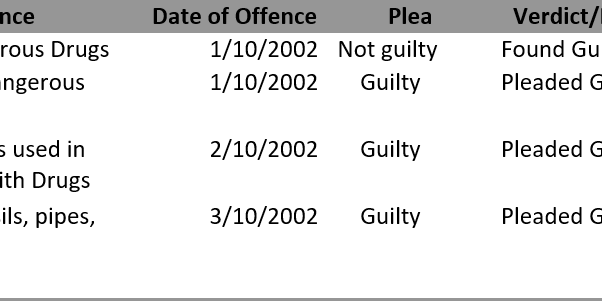 Generally, people that apply for jobs submit their Curriculum Vitae and other related information, especially copies of certificates of achievements at college or university to their employers.

Robson Djokovic Curriculum Vitae again came into the limelight after claims that he has graduated with Bachelor’s Degrees (Credit) from the Queensland University of Technology, during the years 1991-1993 and 2012 – 2014.

The controversial figure, Robson Djokovic’s Curriculum Vitae came under the radar when his educational background was checked with the Queensland University of Technology (QUT).

The checks revealed that Djokovic does not complete the courses and does not have any degrees as stated in his Curriculum Vitae.

The QUT has confirmed that he has does not complete the courses nor achieve any degrees as stated in his CV.

The claim that he has studied Business Management, Applied Science and Law with claims that he was given credits was also misleading.

Therefore, one would conclude that qualifications and academic achievements mentioned in the CV are perceived as false and grossly misleading.

Concerning his prosecution and conviction, Robson Djokovic was convicted on a number of cases which range from drug use and abuse to other criminal offences.

His conviction as recorded by the Queensland Courts were as follows;

As seen and proved by the documents, Robson Djokovic has continued to deceive the Solomon Islands public.

His fake claims of achieving decent and recognized qualification is enough to get rid of him from the COS position.

I think it’s about time the PM must respond to questions on employment of Robson Djokovic a convicted criminal, drug user and addict and fraudster forgoing good governance principles?

To me, I still hold the view that it is unwise and unethically unjustifiable to allow a foreigner with questionable background to hold a top job in the Office of the Prime Minister.