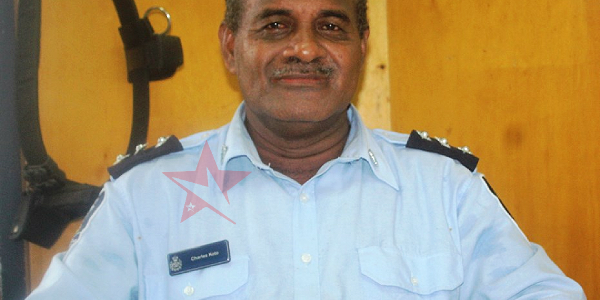 Officers of the Royal Solomon Island Police Force (RSIPF) in Auki, Malaita Province have arrested a male suspect in relation to the death of his wife at Kilu’ufi Hospital on the 27th March 2022.

Supervising Provincial Police Commander (PPC) Malaita Province, Inspector Charles Eddie Koto said, “Initial report stated that the suspect was under the influence of liquor when he arrived home and realized that his wife was not there.”

Inspector Koto said, “The suspect left in search of her, took her home and beat her up till she was critically injured. The deceased was then rushed to Kilu’ufi hospital and was later pronounced dead.”

“According to the report, before the deceased passed on she revealed to the nurses on duty that her husband beat her with a knife and an iron that caused her to sustain injuries on her head.

“My condolences to the immediate family of the deceased for losing one of their family members” PPC Koto said.

“I want to appeal to our good families in Malaita Province to always think before you take any actions. Domestic Violence has high possibilities of resulting in losing life and women always become victims and deceased to it. SAY NO TO DOMESTIC VIOLENCE,” PPC Koto emphasized.