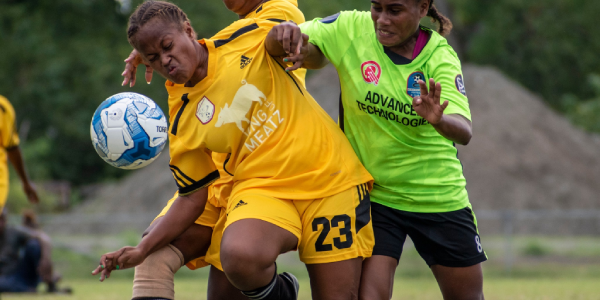 KOLOALE FC and Solright Eels FC have registered their second win of the Solrais Women’s Premier league (SWPL) at the DC Park field over the weekend.

Both teams has started the 2022 SWPL season with their second win over the weekend as the SWPL enters match week two.

Their second match was a tough battle which ended in a 3-2 win over Frigates United 3-2.

Solright Eels, following their win 15-1 against Marist FC in their opening match returned with another big win, a 10-1 beating of West Honiara FC.

Koloale FC and Solright Eels have proven to be strong contenders for the 2022 SWPL title.