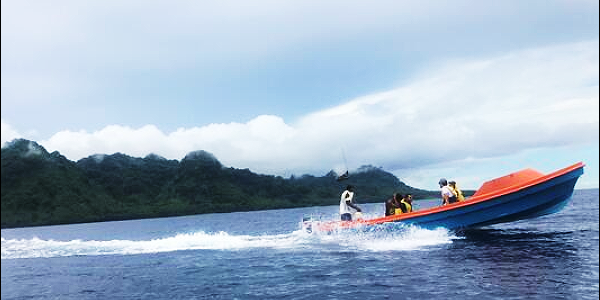 MALAITANS stranded in Honiara are returning to the province in outboard motors under the cover of darkness to avoid being caught by police.

Solomon Star Auki, was reliably informed that many Malaitans are returning home using outboard motors (OBM) since the border restrictions implemented last month during the COVID-19 community transmission in Honiara.

The source said the trips are happening fairly often and more are expected to return in the coming days.

Thousands of Malaitans are currently stranded in Honiara and while some are calling on the Malaita Provincial Government to organize repatriation trips for these stranded passengers, others opted to go on the OBMs.

A passenger, who travelled from Honiara to Auki on an OBM recently, told Solomon Star Auki that they paid money to an OBM skipper to transport them back to the province.

The passenger, who refused to be named, said they really wanted to return home so they paid whatever amount the skipper requested.

He said the OBM they travelled on this week had already made a number of trips from Honiara to Auki over the past days and weeks.

“The operation is secret.

“We left Honiara when it is still dark around 5am in the morning,” the passenger said.

Asked why they travelled under the cover of darkness, the passenger said it is to avoid authorities for fear they might get caught and stopped them from making the trip to Malaita.

It is not clear if those OBM were given special treatment by the Oversight Committee to travel from Honiara to Auki or Malaita.

The passenger said if no passenger ships are allowed to leave Honiara to Auki in the coming days, more people will travel back to Malaita on OBMs as many people have already done in the past weeks and days.