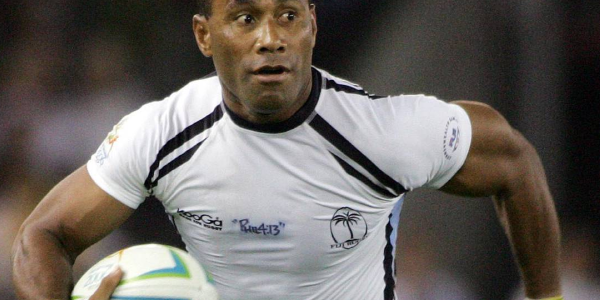 RUGBY and sports fans in Honiara will have the opportunity to see one of the greatest Rugby Sevens players of all time, Fiji’s Waisale Serevi who will be visiting Solomon Islands at the end of the week.

Organizer Carlwyn Tengemoana confirmed to Star Sports the Rugby Sevens Legend will be the guest speaker in a corporate dinner at the AJ Enterprises Limited on August 28th.

He said this is a private arrangement, but they would like to have Serevi visit rugby clubs and sports athletes.

The arrangement is proudly sponsored by AJ Enterprises Limited.

“Yes we will have the Rugby Sevens here in the country by weekend.

“He will be the guest speaker for the corporate dinner.

“Whilst being here, we want to visit rugby clubs and other sports athletes, if they are interested,” he said.

The purpose of Waisale Serevi’s visit is to motivate the Solomon Islands rugby clubs and athletes.

It is also to honour the Solomon Islands 10 rugby heroes that represented the country at the Hong Kong Sevens.

Half the money raised in the corporate dinner will go towards supplies for the National Referral Hospital’s Emergency Ward.

Waisale Tikoisolomoni Serevi is a Fijian former rugby union football player and coach, and is a member of the World Rugby Hall of Fame.

Serevi is renowned for his achievements in rugby sevens, commonly known as the King Of Rugby Sevens.