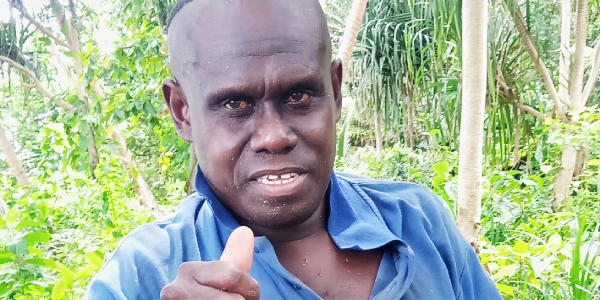 GOING out on a church camp during a weekend is always exciting and so often many children and youths are excited to be part of the program.

Each year the Adventist church normally organises camp programs for its youth, ambassador, pathfinders and adventurers (YAPA) as part of the annual program.

During that time YAPA members would spend the weekend out of their homes and have fellowship together through spiritual and social activities.

More than two weeks ago from Friday 2th to Sunday 4th December District SDA church in Gizo, Western Province held its campout at the Suvania campground which is located by the coast at West of Gizo Island.

During the program some of the YAPA members were able to have fellowship together and engaged in both spiritual and social activities which are part of their honours and awards.

Shannon Clifford, 42, was fortunate to be part of the weekend program.

And he was excited to be part of the program.

Speaking to this paper, he said, such programs are important for the children and youths in their spiritual nourishment now and in the years to come.

Not only that, but it allowed families to come out together and enjoy the peaceful environment and nature to have fellowship together as one big family.

As an active man, Mr Clifford was instrumental in setting up the tents on Friday morning for the pathfinders and adventurers, provided visual security during the entire weekend both day and night.

And he seems to enjoy the weekend especially with the provision of free food, tent, beddings and water.

Mr Clifford also got to enjoy watching movies on Saturday night and on Sunday morning.

He acknowledged the spiritual programs organised for the young ones because it helps to know their Bible stories.

Following the successful camp, he encourages other Adventist churches within Gizo to organise their camp in the future.

Mr Clifford thanked the District SDA church for allowing him to be part of the camp.

“I thank you for accepting me to be part of the camp,” he said.

He looks forward for next year’s camp program again.

Mr Clifford who is part Ranoggah and Bougainville said, he looks forward for the Christmas and New Year.

He is still undecided where to spend his holiday but its either in Ranoggah or Vella.