She vows to serve 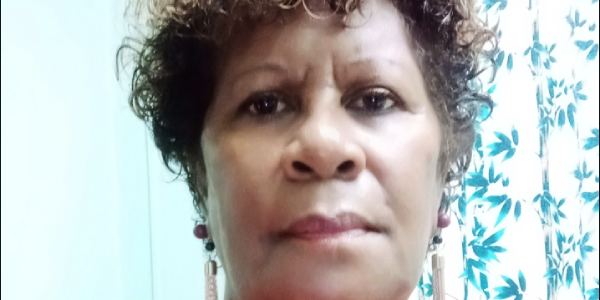 NEWLY elected Premier for Isabel Province and the country’s first female Premier says her government will work hard to serve its people and the province.

Speaking to the Solomon Star in an exclusive interview yesterday Rhoda Sikilabu said there are greater responsibilities ahead and she will work closely with her nine member executive to achieve the policies and development goals of the province.

“My nine executive members are my male champions. Without them I will not be in the position that I am in today.

“I have been elected for four terms now. I must say I get support from both women and male champions,” Premier Sikilabu said.

She encourages women leaders and girls who are hoping to be leaders one day to work with their male counterparts or champions.

However, she said been elected as a premier does not change her leadership style.

“I am the same person; I do not like to create barriers for my people,” Mrs. Sikilabu said.

She added she believes actions speak louder than words.

Thus, she said she will always welcome her people’s views, opinions and pleas.

Also she thanked women organizations in the Isabel Province and the national level for their support.

She added as women leaders or mothers the roles they engaged in create greater impacts to the lives of individuals, families, communities and nations as a whole.

Meanwhile, the lady premier said she will not always be around, but she will live a legacy behind that will touch the hearts of young girls and women in her province and the nation as a whole.

She encourages young girls hoping to become leaders in the future, not to hold back but to venture and explore what they believe they are capable of doing for the betterment of the happy isles.

Since being declared the premier she had been receiving receiving congratulations messages from Prime Minister Manasseh Sogavare, Opposition Leader Matthew Wale, Minister of Women, Colleague premiers and women’s organisation.

This is because she had created history by being the first female to hold such a position since Independence.

Incoming travellers must have negative PCR test
May 25, 2022

Consultation for mega palm oil project in Vella
May 25, 2022

DCGA ECONOMIC INFRASTRUCTURE PROGRAM ROLLED OUT IN MALAITA
May 25, 2022