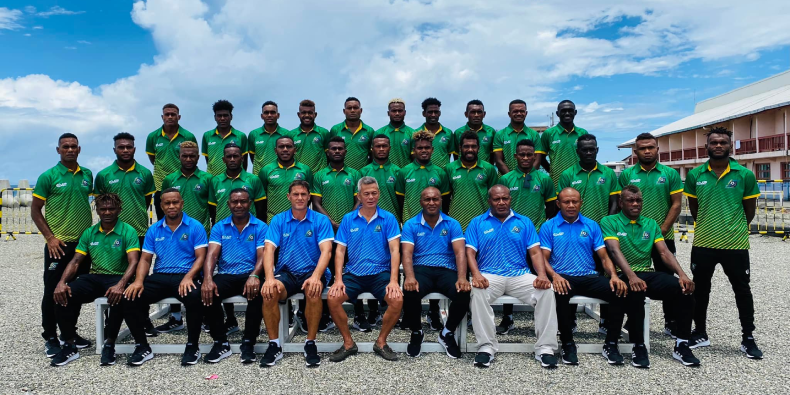 The Solomon Islands National team began their journey this afternoon to the FIFA World Cup 2022 OFC preliminary tournament in Qatar.

The 25-man squad and five officials departed today to Brisbane, Australia ahead of the three friendlies next week.

Their first match will be against the National Premier League (QLD) side Redlands United FC this Sunday, the 27th of February, at the Caboolture Sports Football Club.

Other friendly matches include a game against Brisbane Roar on March 1st.

The squad will also meet Brisbane Strikers on March 8th for their third and final friendly match.

This is another good test for the national team as Brisbane Strikers is a club playing in the Queensland Premier League.

The team will be in camp for two weeks in Brisbane before continuing the journey to Qatar.