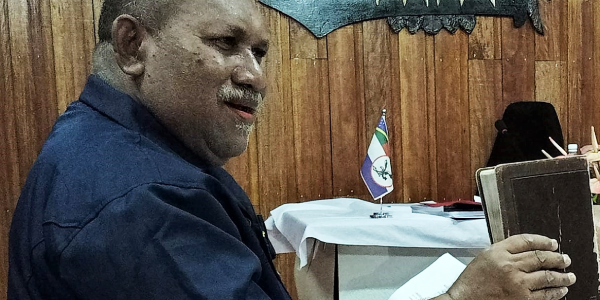 Mr.Sifoni the current MPA for Ward 30 was sworn-in during the Malaita Provincial Assembly meeting this week.

The Ward 30 MPA last year resigned from the MARA government in the height of the political tension in an attempt to oust Premier Daniel Suidani from office.

The move to oust Premier Suidani failed due to public pressure which resulted in the withdrawal of the second motion of no confidence against the Malaita Premier.

Mr.Sifoni after the political turmoil between his group and the MARA executive have since reconciled with the Malaita Premier and are back in good terms leading up to him taking up the new role as the new deputy speaker.

Following the swearing in ceremony on Tuesday, the Ward 30 MPA who is the longest serving MPA in the current provincial government is now ready to serve in his new role.

The Ward 30 MPA was appointed to the post unopposed from the MARA executive and non-executive MPAs.

MNPDC on limited work capacity due to the recent Earthquake
December 6, 2022