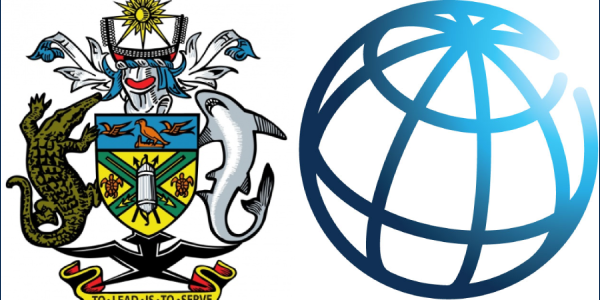 THE Government has concluded negotiations on the proposed Integrated Economic Development and Community Resilient (IEDCR) Project with the World Bank Thursday last week.

A statement from Government Communications Unit yesterday said negotiations were made through the government’s three key ministries which include the Ministry of Finance and Treasury, the Ministry of Provincial Government and Institutional Strengthening, and the Ministry of Environment, Climate Change, Disaster Management and Meteorology.

The statement said the conclusion of the negotiations means that the Project Appraisal Document (PAD) that contains detailed descriptions of the various components of the new project would be formally submitted to the World Bank Board for approval as early as May 2022.

It said with the Board’s approval, the IEDCR Project should roll out by September 2022.

The Solomon Islands Negotiation Team is headed by Permanent Secretary of the Ministry of Finance and Treasury, Mr. Mckinnie Dentana.

Amongst the legal instruments agreed during the negotiation stage are: the terms of the Financing Agreement between Solomon Islands Government and International Development Association (IDA), the Global Environment Facility Least Developed Countries Fund Grant Agreement, and the Environmental and Social Commitment Plan (ESCP).

Permanent Secretary Dentana also revealed that the IEDCR project has a total funding of USD23.56 million (SBD 195.55 million) with the main component including the upscaling of key Provincial Social and Economic Infrastructure Investments and other areas of need.

The IEDCR will cover investments in all provinces and priority investments will be determined by the Provincial Government structure in consultation with the Central Government.

Mr Dentana also confirmed that Provinces have so far identified about 112 health and COVID-19 investments projects and 61 resilient economic infrastructure projects for the next three years.

In signing the minutes of the negotiation Mr Dentana emphasized that the focus must be on resilient economic infrastructure for post-COVID-19 recovery, and is in-line with the Government’s Policy Re-Direction and commitments to contain the COVID-19 community transmission.