Simmering differences are out 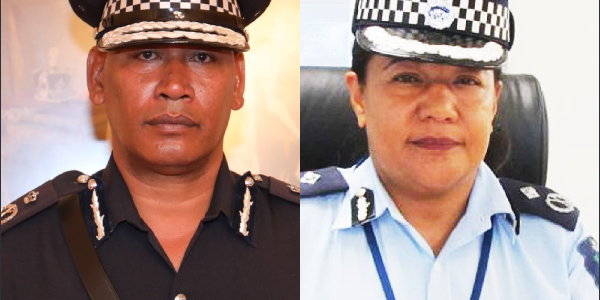 DEEP-SEATED differences between Police Commissioner Mostyn Mangau and his Deputy Juanita Matanga have come to a head when the Commissioner’s weekly news conference was cancelled at the last minute, Thursday.

There was no explanation for the cancellation. The weekly event is normally held at 11am every Thursday. This was postponed for 3pm on Thursday.

But by 3pm, the police media informed journalists by email that the news conference was off.

Deputy Commissioner Matanga was due to speak at the news conference.

Differences between the Commissioner and his Deputy have been simmering for much of the year but this was never discussed, let alone admitted that something was wrong.

Insiders however said the two top brass of the Royal Solomon Islands Police Force (RSIPF) had never worked together because of differences.

No one could pinpoint the issues. It was suggested that lack of confidence in the ability of the current Commissioner to administer an effective police force is a contributing factor.

The Commissioner has not appeared at his weekly news conference for at least two weeks.

This week medical doctor, Reginald Aipia, called for the sacking of the Commissioner, saying his ability to lead an effective police force is in tatters.

Dr. Aipia said the presence of foreign troops in Honiara is evidence the RSIPF has lacked effective and capable leadership.

“The presence of foreign troops in Honiara is totally unnecessary if we had capable leadership in the police force. The failure of the Commissioner has created potential for community transmission of the deadly corona virus in Solomon Islands,” Dr. Aipia said.

He said Prime Minister Manasseh Sogavare should consider removing the Commissioner. Solomon Star was unable to get a comment from Commissioner Mangau yesterday.