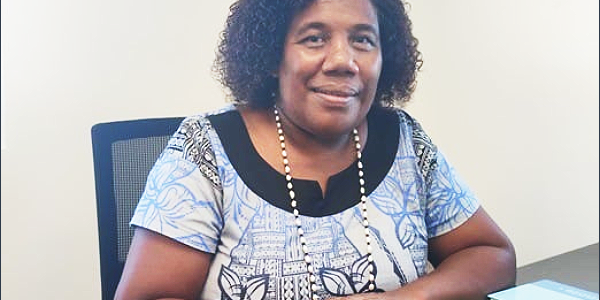 Dr. Patricia Rodie has rejoined Solomon Islands National University (SINU) as their new Dean of the Faculty of Education and Humanities.

She took up the role early this month, a statement issued by the University said yesterday.

Dr. Rodie was once the former Head of School of Education and Deputy Director of the Solomon Islands College of Higher Education (SICHE) and later the Pro-Vice-Chancellor Academic at SINU.

She later moved on to join the USP Solomon Islands Campus as lecturer and later as Acting Campus Director.

Dr. Rodie has published several publications in some leading and reputable journals.

As a former staff of SICHE and part of the transition team of SICHE to SINU and as a Solomon Islander Academic, she said she felt obliged with a willing heart to return and to help address some of the challenges the university is currently facing.

She said she believes in her current pool of staff at FEH to help her address the challenges faced and to bring a positive image to the Faculty of Education and Humanities.