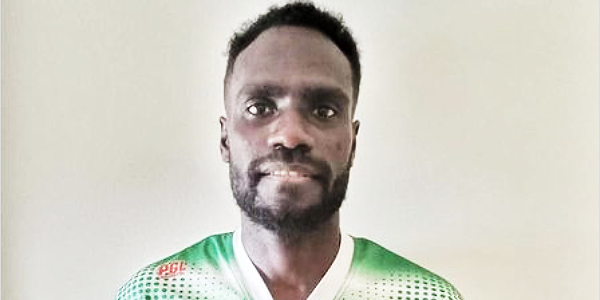 Striker hopes to create history with men’s football in PG2023

JAYGRAY Sipakana, the former Real Kakamora FC striker is eyeing a return to the country’s national men’s football squad for the Pacific Games 2023.

His aim is to team up with the squad and achieve the country’s first gold medal in the Pacific Games here in Honiara next year.

He is more determined to be back in the squad after he failed to travel with the national team to the recent World Cup Qualifiers in Qatar.

The rising star striker was left behind with two other players from travelling with the squad, due to vaccination requirements.

“My aim is to return to the squad for the Pacific Games next year.

“For me to secure a place in the squad, I must maintain my fitness and work extra hard.

Sipakana is currently plying his trade with Nadi FC in the Digicel Premier League in Fiji.

Sipakana scored his first goal in Nadi FC’s 3-0 win over Navua FC over the weekend.

Prior to the national team’s departure for the recent World Cup qualifiers, National team Coach Felipe Arango made it clear that Sipakana has the potential and it would be good to have him in the team.

“I called him to practice because I believe in his game and potential, and for me it is sad and disappointing to not have him in the team.

“But all of them have to keep working hard, and probably will have another opportunity,” Felipe said.

Sipakana has made quick transitions from the Solomon Cup to the Telekom S-league (TSL), then to the National squad and now playing his first ever football career abroad.