SOLOMON ISLANDS IS ON A DANGEROUS SLIPPERY SLIDE 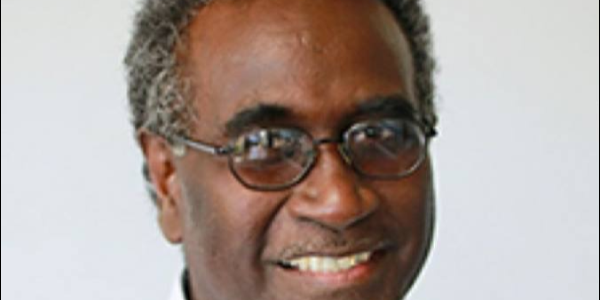 WHEN our governments, politicians, and officials, get courted and treated by foreign governments and stakeholders and these foreigners use our officials for their own purpose and interests, we risk losing our national interests, to these foreign players. The Taiwanese did it. Their Scholarships went to those who had political connections. They supported a discretionary fund that the Prime Minister kept. They used to bypass the Ministry of Foreign Affairs, and deal directly with the Prime Minister’s Office (PMO). The Chinese are doing it now. Their Scholarship list includes those with close political connections, including the Prime Minister. They also deal directly with the PMO. They host luncheons and dinners, and lavish gifts of albeit small and non-cash, like a bottle of Black Label Whiskey. That is how you buy loyalty, allegiance and support. Give the politicians children Scholarships. This is a dangerous slippery slide when you start courting with those who have so much influence and power over you in this way.

The loggers and miners do it. There is such an inextricable tapestry and web that connects key individuals in the government to the industry that the government and country depend on, making the controls of the economy to political institutions and individuals so entrenched. This is how you control the institutions, systems and government. In which other country in World can you find the Attorney General, the Chief of Staff in the PMO and the Asian head of the SI Forestry Association in a business partnership? Only in Solomon Islands, I suspect. Then give that Asian, Honorary Diplomatic appointment in his country, make him chair of the Ports Authority, appoint a Police Commissioner over other more qualified Officers, and put people who are known supporters in key State owned institutions, then you have the perfect web; the nexus that you need to influence policies and shape outcomes that put their own interests above the country. Throw in having the Chair of caucus, the mute MP for West Honiara, who owns Casinos in Honiara, then you truly have full control of the country’s institutions and systems. Caucus is the defacto body that rules; not Cabinet. This is a dangerous slip, and those who play these games are courting with risks they do not know.

The raid of a village this week where innocent women and children were woken up by tear gas, and the discovery of replica weapons allegedly by the Chinese Embassy on board a logging boat and unloaded in a non-port area is a new low in the country’s history. Is this the kind of country that we wish to live in; where the rule of law and respect for the community is floundered by those who are supposed to uphold it?  This is what happens, when we pander to others self-interest, and forgot those of the country. This is what happens when we forget about what is best for our country and people, and do things to please those who help us, but who are motivated by their own ulterior reasons.

What has happened to our Melanesian way of dialogue, of respect?  What has become of our Pacificness?  I like to posit that the path of dialogue, respect, compromise and calm consideration has been lost by the influence of ineptitude, political immaturity, and lack of deep understanding of cultural sensitivity towards each other and to the towards the relationship between the national and provincial leaders. Basically, immature people running the show with no wisdom and leadership skills who think that simply referring to archaic laws that need to be thrown out the window and replaced with modern, more contemporary approaches, are advising the government. What do you expect from political appointees? I don’t expect any surprises as they are not there by merit. A government machinery led by political appointees who have lost their integrity and credibility, and who cannot get Parliament to pass any meaningful laws in the last 2 years other than the Budget and the Emergency Declarations, must say something about their competence. I would say, let them have their day; it never lasts, governments and officials, advisers and what have you come and go; but the people and country will endure.

Let us also not forget this is our country; we own the land, the rivers, streams, the trees, the birds and the animals, not the few  in whose interest this slide is being done. You should never allow the economy and political institutions integrated with Asian business interests and personalities in this way; it is too risky.