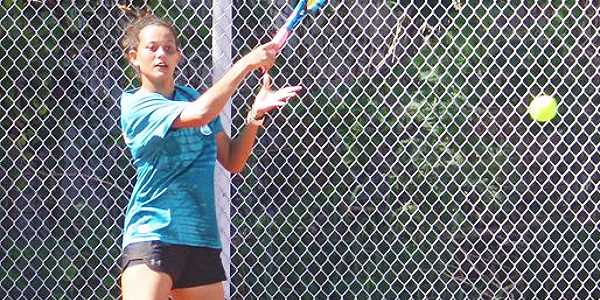 The women’s tennis players represented by Zorika Morgan, Chrisma Au, Marion Gaote’e, and Chloe Collinson faced off double opponents from the host country Central Northern Mariana Islands (CNMI) and Fiji, on only day one of the entire competition schedules.

In the first team round games against their opponents, the young tennis players played their hearts out but were eventually outdone by the hosts of the Pacific Mini Games.

Marion Gaote’e started off the competition for Team Solomon, and despite playing well, she was quickly surpassed by her more experienced opponent, dropping 0-4, 0-4 in straight sets.

The second game saw promising young talent Zorika Morgan playing outstanding tennis. Zorika pushed her challenger to a tie-breaker, as she eventually fell out, with the scores 1-4, 5-3, loss at the tie break (3-5).

In the final doubles of the same game, Zorika and Chloe teamed up to face off the CNMI women’s side. Both women played well, but too many unforced errors saw the young tennis players succumbing in the latter rounds, with CNMI closing off the game at 3-5, 1-4, to beat Solomon Islands.

The second of the team round of games for women was against the mighty Fijians and again the Solomon girls were not able to change their momentum. Their resulting performance for day 1 finally stood at 0 -2.

For the men’s side who played at another venue, the situation was more or less the same as they played well, but bowed out to the mighty Tahiti and New Caledonia tennis players.

Solomon Islands men’s top tennis representative, Benjamin Jr. showed some individual brilliance on the court but a slow start, eventually cost him his games, as he posted 2-4, 0-4 against Tahiti, and 0-4 0-4, against New Caledonia.

Tennis will commence day two of the team rounds today with a grueling schedule that will pan out for the duration of the games. One Team Solomon will keep an eye out for the young national tennis representatives, as they aim to improve further on their performances going forward.