Solomons in for semi-finals 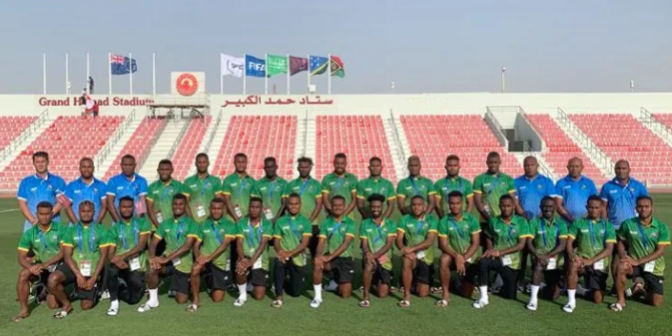 Vanuatu and Cook Is. out

SOLOMON Islands has received an early decision that they have secured a spot for the semi-final playoffs of the FIFA World Cup Qatar 2022™ OFC preliminary competition in Qatar.

This followed the untimely omissions of two teams in group A, Vanuatu and the Cook Islands.

These two teams had to be omitted from the World Cup qualifiers following tests that confirmed a majority of their players were tested positive with Covid-19.

This leaves only Solomon Islands and Tahiti for group A.

Solomon Islands and Tahiti will only have to decide who tops group A when they meet of the final group A match on March 25th.

Reports from the Solomon Islands Football Federation (SIFF) confirmed that all Solomon Islands national team players and officials were tested negative after the opening match with Cook Islands.

Vanuatu was the first to announce their withdrawal after their players were tested positive with Covid-19 prior to their opening group match against Tahiti last week.

Cook Islands had the opportunity to play their opening match against Solomon Islands however were hit with the same situation prior to their match against Tahiti.

It was reported that a vast majority of Vanuatu and Cook Islands players were tested positive for Covid-19 which leaves them with the decision to withdraw from the competition.

Whilst this is good news for many football fans here at home, some football fans think this is not really good for Solomon Islands as there will not be enough game time for the team before advancing to the semi finals which will certainly be tough.

Meanwhile, group B of the FIFA World Cup Qatar 2022™ OFC preliminary competition will continue with their matches.