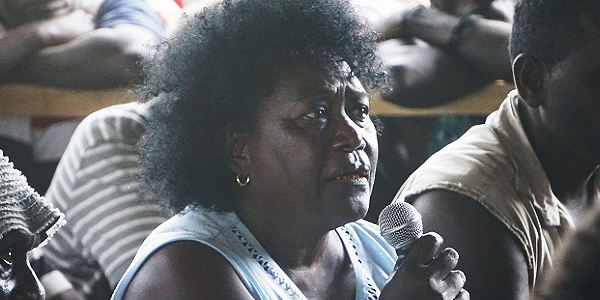 CEMA urge not to involve until issue of ownership is resolved.

This became clear at the meeting between VDC representatives and Ministry officials in Gizo last Friday.

VDC director and retired Magistrate, Esther Lelapitu, told Solomon Star yesterday, there was no way VDC would allow CEMA to establish a buying centre in Vella until the issue of ownership is resolved.

“There is no way we will allow CEMA to set up a buying centre here until the matter of land ownership is resolved,” she said by phone from Vella yesterday.

“A vesting order takes three months to come into effect. This has not been the case in the Minister’s action.

“What it means is that the Ministry will have the oversight and ownership responsibility over South Vella Holding. But what CEMA does not realise is that the people registered as directors are Minister Kologeto’s own relatives,” Ms. Lelapitu said.

“It does not take a rocket scientist to work out why as the idea behind the scheme is to ensure government funding is available to South Vella Holding each year to enrich family members of one man, not the people of North and South Vella.

“This is corruption, pure and simple,” she said.

Ms. Lelapitu said the Ministry is fully aware that VDC is filing official corruption charges against Minister Kologeto for being responsible for the de-registration of VDC

“For that reason alone, CEMA should not touch Vella in terms of getting involved in establishing a buying centre there. It will come but now is not the time.”

Ms. Lelapitu said the Minister must realize that short-circuiting the process always cause problem in the end.

“Short cut will always cause problem as it is seen in this case. Because the Minister’s actions are seen to be intentional in purpose, he must now be removed from office,” Ms. Lelapitu said.

“We are calling on Prime Minister Sogavare to remove Mr. Kologeto forthwith,” she said.