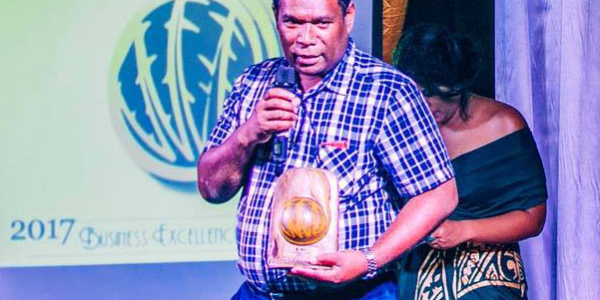 THE Board of the Media Association of Solomon Islands (MASI) has announced the passing of Mathias Loji, publisher and managing director of the Island Sun newspaper.

“It is with heartfelt condolence we convey the passing on of one of MASI’s staunch supporters and members, Mathias Loji, Publisher, Island Sun Newspaper.

“Late Mathias has been ill for quite some time. He passed on at 1am (yesterday), the MASI Board informed its members via email yesterday.

“Our sincere condolences to the staff of Island Sun Newspaper and the late Mathias’s Family. May the soul of late Mathias rest in peace with our heavenly father,” it said.

“The late Mr Loji made a great contribution to local newspaper publishing and to the democratic values associated with a free press and freedom of free speech in the profession of journalism.

“He will be sadly missed and may he have eternal rest in peace,” Mr Short said.

“I offer my sincere condolences to the late Mr Loji’s family, friends, colleagues and close associates on this sad occasion,” Mr Short said.

Alfred Sasako who once worked as a media advisor at the Island Sun newspaper also paid tribute to Mr Loji.

“Mathias was a great man to work with. He’s decisive, frank but exercised great understanding. He treated his staff well.

“I am sure his staff would miss him in much the same way as I have,” Mr Sasako said of the man.

“I offer my deepest condolences both to the family and relatives as well as the staff of Island Sun. I know he would be dearly missed.”