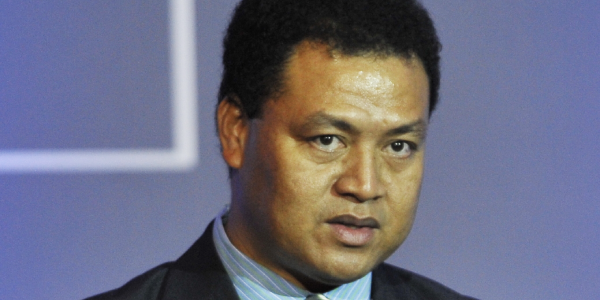 TEMOTU province has been reported to currently facing the most difficult and challenging period of its political history by far, especially after the arrival of Covid-19 on our shores in 2019.

Provincial Premier Hon Clay Forau Soalaoi, in his statement to mark the 39th second appointed for the province, said the current Covid-19 situation demands a journey into the unconventional arena in search for the medicines or solutions to the new and emerging problems that confront us almost on a daily basis.

He said given the situation, leaders need to realize that the challenges we face in such a time like this are multi-faceted, thus the need for us to dig not only deeper but also outside of the text book.

He said in doing so we as a province and nation should rally together with technical experts in every field for the relevant, right and appropriate advice and guidance on the possible way forward.

Mr Forau said Temotu provinces like other sister provinces still depends on the national government for its normal operations.

“The provincial government still does not control the pace of or even contribute meaningfully to its own development.

He said the ability of the provincial government to effectively deliver on its policies and plans was adversely impacted when expected financial resources were reprioritized and refocused only on activities related to protecting our provinces and nation from Covid-19.

“This means that projects earmarked for the previous financial years are still on hold. However, PCDF funded projects are still being implemented but slowly due to transport difficulties,” he said.

He said the Covid-19 restrictions have only exacerbated the difficulties and challenges we are faced with such as transportation.

“We hope that when normalcy returns our development projects should be implemented at the faster pace than now,” he concluded.