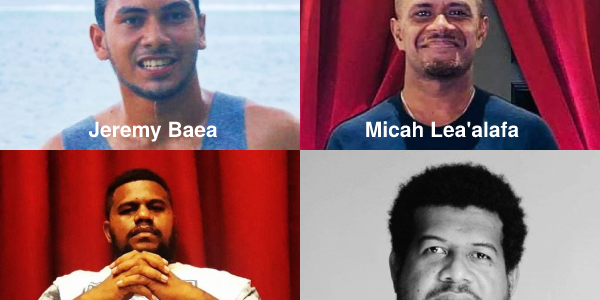 TEN successful young change makers for Solomon Islands have been announced this week.

According to the organisers, a 5 day-storytelling workshop will take place next week that will boost their confidence to tell their stories. Following the 5 day-workshop, their stories will go through production for both TV and radio, and will later be aired and posted online.

Networking opportunities will also be organised for the young change makers with key stakeholders through panel connections.

At the end of productions, a screening event will take place to showcase the stories of the 10 change makers.

The YPCM is an Australian development assistance project, funded by Australia’s Department of Foreign Affairs and Trade (DFAT) and is managed by the Australian Broadcasting Corporation International Development (ABCID) as part of the Pacific Media Scheme (PACMAS).

THE Young Pacific Change Makers program is a regional Pacific initiative that aims to highlight the achievements of young people, build their leadership skills and increase awareness of their work.

Currently, the program focuses on three (3) Pacific countries: Fiji, Tonga, and Solomon Islands. The Young Pacific Change Makers (YPCM) program is the second of its kind to be happening here in the Solomon Islands.

The YPCM team in the Solomons has been promoting the program to the public through radio and public promotions calling on the general public for nominations.

The public nominated our young people who are not known and are having a great impact in our communities. The program’s main aim is to shine light to these ‘unsung heroes’ because they deserve recognition and support.

There were several nominations received. There was a two stage selection process with an expert panel from which the successful 10 change makers were selected. These young Solomon Islanders will be featured as part of the program.

The selection panel includes six members: three (3) locals, one (1) from the donor community in Honiara and two (2) ABC staff in Australia.

Speaking after final stage of selection, Ms Merrilynne Pryde said, “I want to encourage the 4 applicants who have dropped out during the scoring to continue with what they are doing.”

She said that it has been a difficult decision for the panel to decide the 10 successful young people because they all have good ideas and good thing going.

Mr Oscar Watesao added, “I want to encourage them to develop their ideas and to expose them to the community.”