THE ATTACK AT MATANIKO 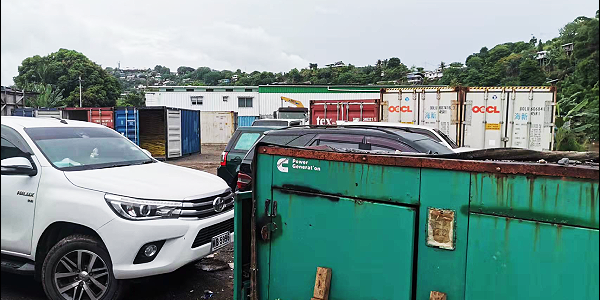 “THEY came in five homemade rafters, armed with knives and other weapons.”

This was the start of what happened around 2am Saturday at the Ocean Sky Company compound at Mataniko.

The owner of the company Reginald Xie, his family and security guards were at the compound at the time of the incident.

Mr Xie said the group landed at the river bank outside the compound, came in, picked up stones and started shooting their house and at their security guards.

“There were many of them so we went upstairs while some came into the house downstairs and ransacked the place.

“They took whatever they can, including the hard drive of the surveillance cameras and cash worth more than $200,000,” Mr Xie told Solomon Star.

Ocean Sky Company was one of many Chinese owned businesses that donated food to the Livelihood Sector Committee recently to distribute to households within the Honiara Emergency Zone.

Therefore, Mr Xie said he could not understand why his business was targeted.

“I do not understand why some people can come up with such a move to destroy and steal from us.

“I believe this is a well-coordinated attack,” Mr Xie said.

He said his security guards were outnumbered.

“Stones were flying from all directions leaving us with no chance to save anything downstairs and a container of rice,” he said.

He said they made attempts to call police but could not get the support on time so he called Rax Boys Security who they came to their rescue.

Mr Xie was hit by a stone on his chin and one of his security guards was rushed to the hospital having sustained serious injuries from the stone throwing.

According to the Solomon Islands Chinese Association (SICA), this was the most recent incident on a Chinese business owner.

In condemning the incident, SICA said in recent weeks there is an increased number of robberies, break and entering, home invasion and attacks on Chinese business owners.

Mr Xie believed this was the same group that made about three attempts to break into his compound last week but was unsuccessful.

On Saturday morning they came in numbers to fulfill their mission and according to Mr Xie’s security officers, some women were also part of the group.

Police have already arrested four adult men in relation to this incident.

Commissioner of Police Mostyn Mangau said these looters use boats to transport stolen items from China Town to Koa Hill which police allegedly believed is where the suspects kept the stolen items.

Police is asking anyone with information on this incident to call 999.