THE DOCTOR WHO SUPPORTS VACCINATION 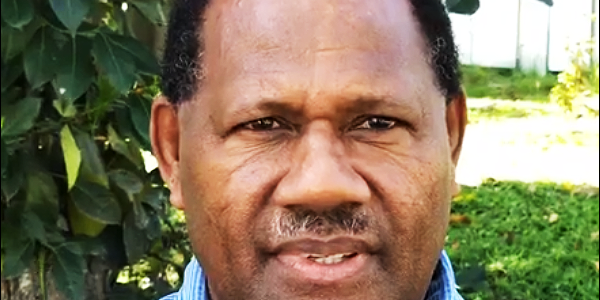 WHAT I am saying here in this article is my personal position based on my knowledge and experience about the covid from when it started until now. It has nothing to do with the corporate position of the church and my being the health director of the SDA church.

Firstly, I want to thank Mr. Alfred Sasako for pulling into the public forum. I never wanted to share my personal view and stand on the covid 19 until now.

Now coming to the article that appeared in the front page of your paper of Tuesday 8th March 2022 How do you reconcile the allegations made by Alfred Sasako against me [Dr. Manimu] that I am an Antivaccine [antivaccination] doctor while I recommend people to take Sinopharm vaccine instead? It does not add up, don’t you think so?

If I oppose vaccination, why do I recommend Sinopharm instead?

The truth is I am not against vaccination rather I am against the manner vaccines are imposed upon the population or mandatory vaccination without rationalization. That I am opposed to. I have a lot of things to say here but I will refrain for the time being.

I don’t like the deceptive and delusional nature that enshrouds the whole Covid 19 Pandemic crisis globally. It has nothing to do with conspiracy theory but real science. I don’t like how people of positions in the government, public service and churches force the narrative upon their people and congregations without giving some thought about the whole thing before they act. This I detest.

I don’t like the idea of No jab and no job and yet maintain the falsity that there is no force applied on employees. The deception that you still have the power of choice when in fact you don’t. Where is choice when you inculcate coercion in a subtle manner that is tantamount to tyranny.

I believe Mr. Alfred Sasako who is a senior journalist and previous MP for East Kwaio did not fully understand the gist of my presentation during that church session at Mamulele on sabbath 5th March 2022.

Basically, what I tried to do was to distinguish between mRNA vaccines, DNA vaccines, and killed or attenuated vaccines.

What I said was if you are to take any of the vaccines; as a Doctor, I recommend Sinopharm because it’s the same as the conventional or traditional vaccines in the manner it generates an immune response in the body. It’s a killed form of the virus therefore acts extracellularly or outside of the cell. It does not go into the cell to produce the spike proteins necessary to stimulate an immune response.

The new vaccines however, like mRNA vaccines [Pfizer and Moderna] and the Adenoviral DNA vaccines like [Jansen Johnson & Johnson and AstraZeneca and sputnik] are intracellular vaccines meaning they enter the human cell and generate spike proteins from inside out to generate an immune response. A complex process indeed explainable by scientists and doctors but does not reflect reality that occurs in the cell.  Knowledge is one thing but reality or truth about the vaccines and how they act in the body is different for each of us is totally

In this sense although they are called vaccines, they are not the same as the conventional vaccines in the manner they create an immune response in the body.   The process through which the new vaccines follow to yield an immune response in the body is called transfection. Transfection is to infect a cell with free nucleic acid materials. Even a doctor with few grey matters can tell that this process carries with it some amount of risk. The intracellular functions that keep us alive are very complicated indeed. In truth, these vaccines shouldn’t be called vaccine’s but rather they are Gene therapy with the potential to modify the DNA.

The latest studies, one of which was quoted by Sasako in his article showed that mRNA BioNTech vaccine [RNA genetic material] does enter the DNA.

Any doctor or whoever who says and thinks that the vaccines are the same is being dishonest and is not telling the truth to the people.

The conventional vaccines like Polio, measles, TA, hepatitis etc. are dead extracellular vaccines and in no way enter the cell machinery.

Can I repeat here that the intracellular vaccines [mRNA and DNA vaccines] by their very nature are live Vaccine not dead vaccines and you cannot preempt what they will do in the cells because it is a very complicated environment. The true impact or effects of the vaccines on the body will become clear later but by that time it may be too late to do anything about it. Sad, is it?

The current narrative of just encouraging everyone to take the vaccines without clarification or providing the pros and cons of the vaccines so that people can make informed decisions about which vaccine to take is not right even detrimental to say the least. What we are doing now is Inhuman and a crime against humanity.