THE IMPORTANCE OF THE BEIJING OFFICE 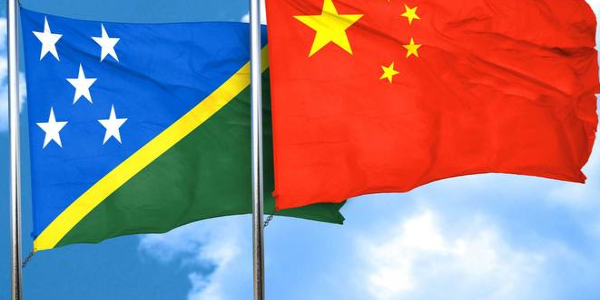 IT is heartening to know the government is working on a new appointment for our diplomatic mission in Beijing, China.

It shows, among other things, the importance the government attaches to our growing relations with the People’s Republic of China, PRC for short. China is a very important strategic partner in development.

Its good intention to help us has been misinterpreted by the so-called Western democracies that have persisted in tarnishing China’s name.

Arguably, China is now placed at the forefront of the fourth industrial revolution.

You only have to be in any of its many cities to feel what is taking place there.

Almost every industrial country on this planet are thronging to Beijing, the Chinese capital to get a slice of the industrial revolution which China can claim as its trigger.

So, the Solomon Islands-China diplomatic relations cannot be over-emphasized. The government is therefore correct in ensuring we reconnect with Beijing at the earliest opportunity after the devastating loss of our first Ambassador to China, John Moffat Fugui, who died last month.

But connecting with Beijing is one thing choosing the right candidate is quite a different thing altogether.

There are many things we can learn from China. China’s unequalled feat in getting 800 million people over the poverty line in just 30 short years is never heard of.

What is China’s secret and how did China do it? We need to investigate this to find the secret of China’s magic in doing what it did.

To achieve this, the nation should be represented in Beijing not necessarily on party line but with someone who has the interest of the nation at heart first and foremost. Anything less is not even worth considering, let alone discussing.