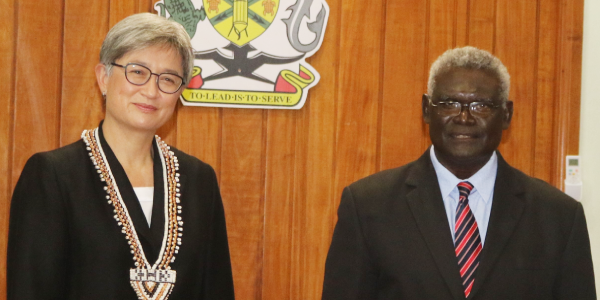 In a statement on Tuesday, the SI Government says it acknowledges and appreciate the offer, however, its announcement came at a time when a bill to defer the elections for a period of 7 months is now before the National Parliament of Solomon Islands for deliberation.

The bill is set for the elected Members of Parliament to debate and vote on as required by the Constitution of Solomon Islands and NOT the Australian Government to influence.

“The timing of the public media announcement by the Australian Government is in effect a strategy to influence how Members of Parliament will vote on this Bill during the second reading on Thursday 8th September 2022. This is an assault on our parliamentary democracy and is a direct interference by a foreign government into our domestic affairs,” the statement said.

The Solomon Islands Government has conveyed to the Australia Government its concern on the conduct of bilateral relations via the media through the Australian High Commission Office in Honiara.

The Constitution (Amendment) Bill 2022 was put on notice in Parliament on 5th August 2022.  This is the Bill that seeks to delay the dissolution of Parliament by 7 months, which in effect will see the conducting of the National General Election (NGE) for the 12th Parliament around February or March 2024.

“Solomon Islands is a sovereign country and its Parliament must not be seen to be coerced or unduly influenced by ill-timed offers that is directed to a matter that is before Parliament,” the statement said.

The Solomon Islands Government will make a formal response to this offer after Parliament has disposed the Constitution (Amendment) Bill 2022.