Timor Leste historic presidential election to be held this weekend 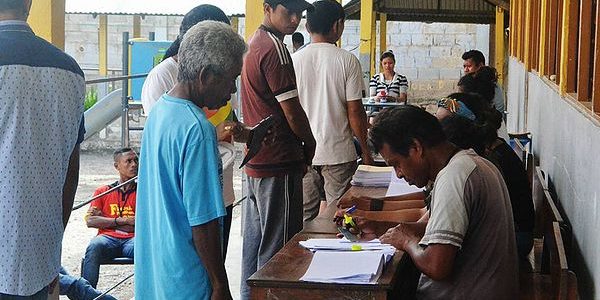 When Timor Leste heads to the polls on Saturday to elect its next president, there will be more candidates and more female candidates than ever before.

It’s been five years since the last presidential election was held in the country.

“Each of these leaders have different capabilities to rule over certain things.”

She said while the president’s role was mostly diplomatic, he had the power to call parliamentary elections and approve national budgets.

The president’s power has come to the fore in recent years, particularly when incumbent president Fretilin’s Francisco “Lu Olo” Guterres rejected the prime minister’s offer of resignation in 2020.

“This has proven to be very crucial in terms of the political stability of the country and it has given the role of the presidency a more outstanding position,” Fahey said.

Guterres will recontest the presidency this weekend along with 15 other candidates – the most the country has ever seen.

There are also more female candidates than ever before, with four women vying for the top job.

An absolute majority is required for a president to be elected in Timor Leste, so it is likely that a second round of voting will be held between the two top candidates.