TOP US SECURITY OFFICIALS HEAD TO HONIARA AMIDST GROWING TENSION 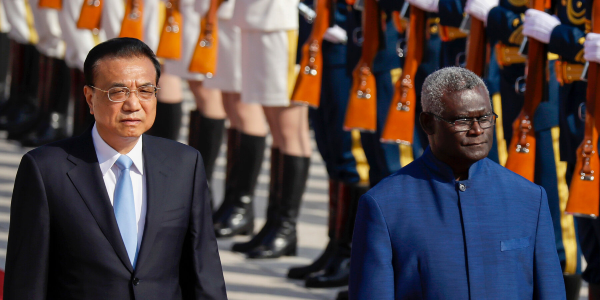 KURT CAMPBELL, the US National Security Council Coordinator for the Indo-Pacific, and Daniel Kritenbrink, Assistant Secretary of State for East Asian and Pacific Affairs, are heading to Honiara, according to overseas news dispatches.

Their mission could not be clearer.

Washington DC, which has literally forgotten Solomon Islands since World War II, has finally woken up and is applying the heat on Prime Minister Manasseh Sogavare to abandon the security pact Honiara signed with Beijing on 30th March this year.

Australia too has doubled up on its visits to Honiara in the past two weeks.

The Australian Minister for International Development and the Pacific, Zed Seselja, made a “rare” visit to the Solomon Islands on Tuesday.

The mission is the same – forcing Honiara to forego its security pact together with a regime change.

According to insiders, the meeting with Seselja last week did go too well for the visiting Australian Federal Minister. “The resentment was quite obvious,” one said after the meeting.

Washington DC believes a “free and fair election could result in a new government that not only abrogates the security deal (with China) but switches back to Taiwan.”

The US Administration also believes such an outcome would be a “serious loss of face for Xi Jinping, giving ammunition to his domestic enemies, and could lead to a politically weakened Sogavare being more exposed to prosecution,” according to Reuters news agency and The Sunday Guardian newspaper.

Solomon Islands, an archipelago of some 700,000 people, in the Southwestern Pacific has long been forgotten. In September 2019, Solomon Islands and the People’s Republic of China entered into diplomatic relations, a move which had sent alarm bells in both Washington DC and Canberra.

Now, the two Western democracies are playing a catch-up game. They are exploiting the ignorance of the local population in the hope of winning hearts.

The visit by Kurt Campbell, the US National Security Council Coordinator for the Indo-Pacific, and Daniel Kritenbrink, Assistant Secretary of State for East Asian and Pacific Affairs simply heightened the seriousness with which Canberra and Washington DC view the unfolding spectacle.

The visit will be one of the highest-level American visits to Solomons, since 80 years ago, this August when US Marines landed on Guadalcanal, according to the overseas news reports.

“It’s too bad the only way to get cooperation is to stake a claim for the adversary. Should Tonga have allowed the redevelopment of the Chinese (naval) port? Looks like the only incentivized approach is to play dirty.

“This security-state policy frameworks is based on scaring the sh*t out of Washington to take action, out of fear, but not out of appreciation of their own legacies. That’s the message given here to everyone: MORE Chinese in order for any US attention!”

And that message is not only for the Americans. It is for everyone in the arc of global democracy whose fundamental principle is to protect the freedom of choice, not of dictating when it suits.

Solomon Islands is not only a growing democracy, it is a nation of groaning young people, who account for more than fifty per cent of the population aged 40 and below.

China is doing that.

In just two and a half years since the switch in diplomatic relations, China has ploughed more than $4 billion investing in the nation’s infrastructure development, especially in Honiara.