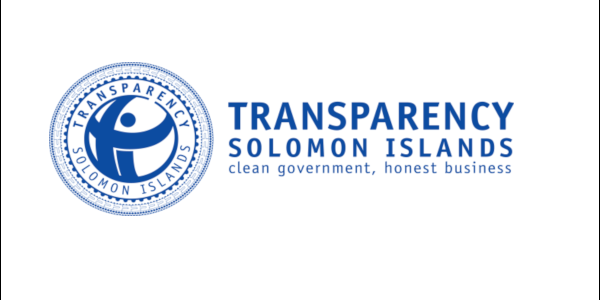 Transparency Solomon Islands (TSI) commends Justice Keniapisia for his bravery and commitment to upholding the law and processes and judicial procedure of the independent, sovereign democratic state of Solomon Islands, the right of the resource owners who are the citizens of this country to be heard in our court systems.

It is very disturbing that the Commissioner of Forest half-informing the Public Accounts Committee on the decision of the Court of Appeal with regard to the tubi logs ownership and other related issues to this long ongoing fight of the resource owners in the judiciary arm of our government. Transparency Solomon Islands, thanks Justice Keniapisia for correcting that half-information in today’s paper (Issue 4431 Wednesday 30th November 2022). More concerning is the behaviour and conduct of the Attorney General, the Solicitor General, the Director of Environment and other government officials supporting Sunrise Investment Limited to export the tubi log, when they know full well the outcome of the Court of Appeal on this matter as corrected by Justice Keniapisia.

But as this saga continues it is becoming more and more clear that Sunrise Investment Limited must have had assistance in the production of the Fake Gazette for the logging of Tubi from these very same officers.  It should be a serious crime for anyone to produce these fake legal gazettes and that they should be taken to task.  Instead, what we witness is the proof that this Executive Government and government officials responsible for compliance with our laws are actually sleeping with the loggers and in particular this Malaysian Logger that has produced fake laws to log our resources, when it comes to the exploitation of our natural resources.  People expect these officials and these institutions to stand up for the right of the resource owners but obviously they are not, and they do not deserve to be paid from public funds.

Lastly, the actions taken by the Commissioner of Forests, the Attorney General, the Solicitor General and the Director of Environment, verifies the control certain logging companies have on our government.  It is no longer a perception but an actual experience of the people with corrupt conduct and practice. The Office of the Prime Minister and Cabinet, the Solomon Islands Independent Commission Against Corruption Director General and other Institutions of Integrity should take up the initiative to investigate this case but from what has been published publicly tells us that they will not do this. After being found guilty by the Courts for producing a fake gazette this particular logger still has these government officials in his corner.  This having occurred they should be looking at the gaps within our laws and come up with policies and legislative reforms for addressing these types of conduct, but no they continued to support this corrupt logger brazenly and in broad day light. This should be unacceptable to us the people of Solomon Islands.  The power is ours and we can make that change for the better come election time, electing leaders that will lead the fight against corrupt conduct and practice and hold them to account.

Transparency Solomon Islands urges Justice Keniapisia to continue your good work that in your court ensuring the laws of this country are complied with regardless of who is paramount to all that you do. This tubi saga has opened up a can of worms just how truly the loggers have penetrated and are controlling key positions in decision-making within our public sector for their own agenda and that of their political masters for their own benefit.

Transparency Solomon Islands appeals to the Government of China our diplomatic friend not to accept the export of these illegally logged tubi to China by Sunrise Investment Limited.