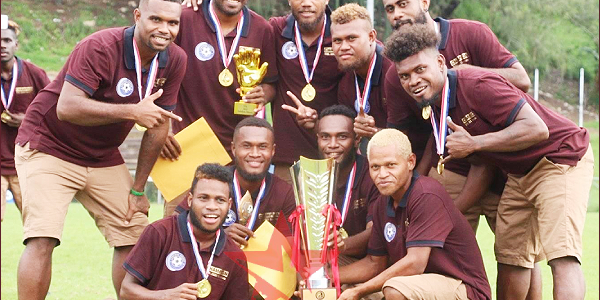 WINNERS of the 2021 Telekom S-league (TSL) competitions were awarded their respective prizes at the Lawson Tama Stadium yesterday.

Prizes were first awarded to the U19 TSL competition.

For the senior TSL competition, the top prize award of $240,000, trophy and gold medals was awarded to Central Coast FC.

The Fair Play award was awarded to Henderson Eels FC.

Two referees recognized for a job well done throughout the season were also awarded with cash prizes.