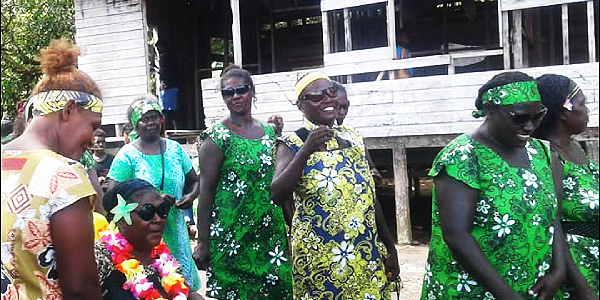 This was because it is an Adventist village.

Like other Adventist villages in the country and across the globe they couldn’t celebrate the New Year on Friday night and Saturday because they have to welcome the Sabbath day.

Ughele Village has five zones and one of the biggest villages in the province.

Now there an additional zone that added up to six zones now-the sixth zone is Bagho in the east of Ughele.

Report reaching this paper said the five zones in Ughele Village have celebrated the new on Sunday in style, laughter and excitement.

In Ughele New Year celebration is a program for women alone. It time for them to wear their New Year uniforms and paraded from their zones to other zones greeting and sharing their excitement with other women in other zones.

For men they just blended in with the women and celebrated the New Year 2022.

The report said the women wore their uniforms and paraded through the fives zones chanting ‘Happy New.’

Despite of the late celebration the community have enjoyed their time together.