US WARNS SI ON CHINA 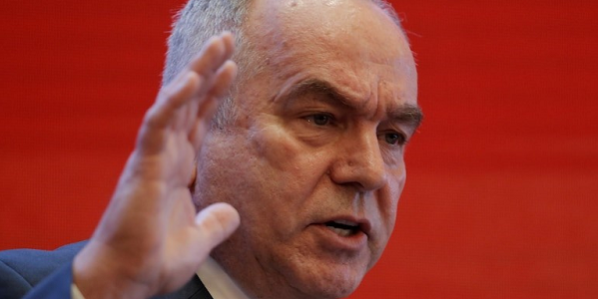 One of Joe Biden’s top advisers has urged Solomon Islands not to allow a Chinese military base in the country, warning the United States would “respond accordingly” to any steps in that direction.

The White House is also promising to bring forward the re-establishment of a US embassy in Honiara and to provide the country with more medical aid.

It comes as a former senior American diplomat criticised the decision to close the embassy almost 30 years ago, suggesting the US had sought to “outsource” its relationships in the region.

The visit to Honiara by senior US officials including the Indo-Pacific coordinator of the National Security Council, Kurt Campbell, came too late to prevent the signing of a security pact between Solomon Islands and China.

Both the US and Australia are worried the deal could lead to Beijing establishing a base less than 2,000 kilometres off the Queensland coast, despite assurances from Solomon Islands Prime Minister Manasseh Sogavare this would not happen.

A White House summary of the trip said the US delegation used a 90-minute meeting with Mr Sogavare and two dozen members of his cabinet to raise concerns about the “potential regional security implications” of the deal.

“The US delegation outlined clear areas of concern with respect to the purpose, scope, and transparency of the agreement,” the statement said.

“If steps are taken to establish a de facto permanent military presence, power-projection capabilities, or a military installation, the delegation noted that the United States would then have significant concerns and [would] respond accordingly.”

The White House said it would expedite the opening of a US embassy in Solomon Islands and provide more assistance in areas such as unexploded ordnance, vaccines and medical support.

Referring to a “critical juncture”, it said the two countries had also agreed to a high-level strategic dialogue to discuss “security issues of mutual concern” in more detail.

“We welcome deeper engagement by all of our partners in the Pacific,” he said.

“Australia has a comprehensive network of embassies and high commissions across Pacific island nations.”

Shadow Minister for Education Tanya Plibersek also welcomed the move to reopen a US embassy in Solomon Islands.

“I think the fact that the US embassy has been closed in the Solomons for some time is perhaps something, you know, something to be remedied now,” she told ABC News Breakfast.

“Australia is a Pacific nation. And the United States has very strong interests in the Pacific as well.

The signing of the security pact raised alarm in both Washington and Canberra and has become a source of heated debate during Australia’s federal election campaign.

It has also raised questions as to whether the US had failed by outsourcing its regional policy-making to Australia.

“We haven’t had an embassy [in Solomon Islands] for a very long time. And that, I think, in itself, speaks volumes,” said James Carouso, a former acting US ambassador to Australia.

“You can’t treat a country with neglect, or outsource your relationships, certainly not if you want to be an influence in the region, without having [a] presence on the ground.

“So, yeah, that was, I think, a mistake for the United States over a long time.”

Mr Carouso — who is now the Australia chair for the Washington-based Center for Strategic and International Studies — said the West’s fear was that China would establish a military base in Solomon Islands to cut Australia off from the US “if worst came to worst”.

He said it was now up to the US and Australia to ensure the pact was not “abused” by China.

“This is going to be a multi-act play and this is act one,” he said.