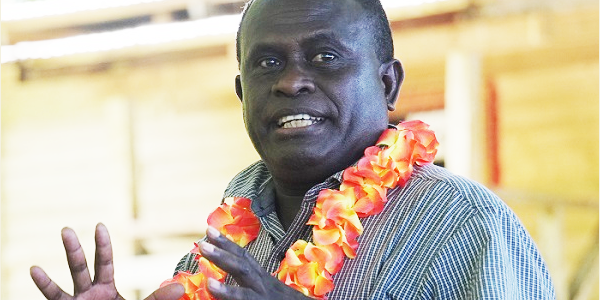 Board members told Solomon Star yesterday they were only made aware of the de-registration today (Monday). Angry board members are pointing the finger of blame on none other than the Minister of Commerce, Industries, Immigration and Labour, Kologeto, for the mystery.

And they are calling on Prime Minister Manasseh Sogavare to remove Minister Kologeto for alleged conflict of interest.

“We, the Board Members of Vella Development Company (VDC) are calling on Prime Minister Sogavare to remove Mr. Kologeto, because we believe he was behind the deregistration of VDC,”

The spokesman said it was public knowledge on Vella that the Minister wants to turn the plantations there into a family business to be funded by taxpayers.

“We are not taking any of that,” the spokesman said.

The VDC was registered only on the 7th January this year.

Earlier the Company was calling on the Board of the Copra Export Marketing Authority (CEMA) to stop opening a buying centre on the island until the ownership issues of plantations on the island were sorted out.

Retired Magistrate, Ether Lelapitu, told Solomon Star last week that she and her board had been told that CEMA was planning to open a buying centre on the island on Wednesday this week.

“CEMA, at the instigation of Commerce Minister Kologeto, wants to takeover Liapari as well as Round Vella plantations and to turn them into family private businesses – something we opposed from the start,” Ms. Lelapitu said.

“Our group will be staging a peaceful protest if the opening goes ahead as planned,” she said.

Ms. Lelapitu said VDC was registered on 7th January this year and owns 49 per cent of the plantations on Vella Lavella while the remaining 51 per cent was owned by a Noel Hudson, a director on the VDC Board, until he died recently.

“Before Mr. Hudson died, he signed over Liapari plantation to VDC. Liapari accounts for 51 per cent of plantations on Vella Lavella. My board of directors are sorting this out. And this is why we don’t want CEMA to disturb the peaceful transition,” Ms. Lelapitu said.

But a CEMA spokesman denied there were plans to establish a Buying Centre on Vella Lavella.

“There are no plans that as a Board Member, I am aware of to open a buying centre on Vella Lavella,” the spokesman said.

But Ms. Lelapitu said the plan to establish a CEMA Buying Centre on Vella Lavella was broadcast on radio last week.

CEMA is opening the Buying Centre under Panakasi – a traditional name for a parcel of land that was already within the VDC jurisdiction. Because of that, VDC is opposed to any interference by CEMA or anyone else until the ownership issues are sorted out,” Ms. Lelapitu said.

“I am appealing to CEMA to wait until VDC has taken full control of all the plantations on Vella Lavella before we discuss opening a Buying Centre on our land,” she said.