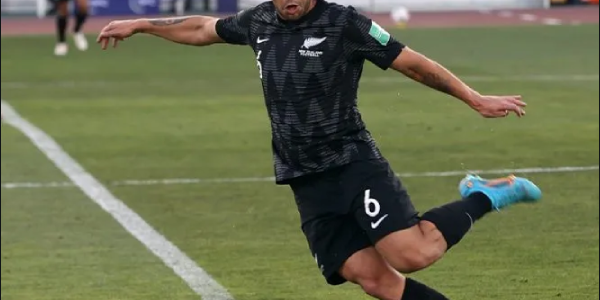 OFC: Less than 10 minutes into his international debut Ben Waine became the hero for New Zealand, netting a 75th-minute winner to give his side an opening victory at the FIFA World Cup Qatar 2022™ Oceania Qualifiers.

The 20-year-old guided the ball past a diving Ronald Warisan, following a quick free kick to Dane Ingham who then found Waine with a squared balled across the goal.

It came at the end of a match where Papua New Guinea went toe-to-toe with New Zealand in several aspects of the game, with standout keeping from Warisan and a some strong last-ditch defending from central defender Alwin Komolong denying New Zealand goals on a number of occasions.

Papua New Guinea will rue a missed chance right on the hour mark when Kolu Kepu headed just wide, although New Zealand will also look back on their own share of bad luck, namely a first-half header from captain Winston Reid which just cleared the bar and a Matt Garbett effort which required a class save from Warisan.

Papua New Guinea started well and enjoyed plenty of possession through the opening minutes, but couldn’t translate it into shots on goal.

While New Zealand had dominated time on the ball and attacking chances, the match was sitting finely in the balance at the break.

Minutes into the second half Papua New Guinea again produced a miraculous effort to deny a go-ahead goal, clearing the ball off their line from after a Joe Champness strike.

After entering the match in the 74th minute, Waine made an instant impact, culminating in his match-winner 15 minutes from time.