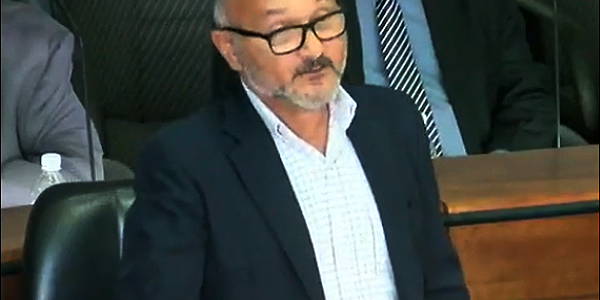 THE involvement of foreign loggers in the country’s government is one of many issues that incite people’s anger.

Member of Parliament for Auki/Langa langa and Opposition Leader Matthew Wale made this statement when moving the motion of no confidence against Prime Minister Manasseh Sogavare this morning (6th December 2021).

Mr. Wale said this government was formed with money from foreign loggers and interests because after the elections the loggers financed the Prime Minister to finance the Members of Parliament so he has the numbers to rule.

“Do you call that democracy?

“The people see their democratic process hijacked and are angry- angry that their leaders are so fickle and unprincipled and will sell themselves for 30 pieces of silver,” Mr. Wale said.

He said people are angry because their government is not working for their best interests but for the interests of foreign cronies.

“Public anger has been building up for over many years by all these bad governance. No serious efforts have been taken to address these serious issues,” the Opposition Leader said.

He said provincial governments over the past several years have repeated their desire to be given the constitutional mandate to manage their own affairs and destinies.

“Honiara has been consuming all the wealth that has been generated from resources exploited from the provinces.

“Honiara has been controlling everything for everyone, including decision making that the provinces have lost trust in Honiara.

“I content, this is the situation specifically with Malaita Province,” Mr. Wale said.

He said the Prime Minister’s consistent and persistent persecution of Malaita is the final straw in the public anger that has been building up over awhile which then resulted in the unrest last month.