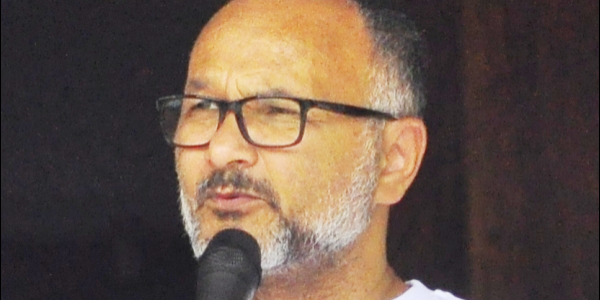 THE Prime Minister (PM) and his Health Minister Dr Culwick Togamana must admit that they are currently presiding over a mess as a result of two years of negligence of a COVID outbreak in the country.
Opposition Leader Matthew Wale in an issued statement today said the current situation has proved the lack of preparedness, gross negligence in the last two years and that the country’s healthcare system was stretched even before COVID,
As a result, he said their lack of foresight in adequately resourcing health facilities and preparing the local health workers have been left vulnerable with many now COVID infected and the NRH now under serious COVID-19 crisis.
“Why was the Emergency Department staff not in PPE as the frontline of receiving patients? This could have been avoided. It shows the negligence of the health minister,” Mr Wale said.
He said the health minister’s statement on ABC recently that the current outbreak is ‘a blessing in disguise’ is also very insensitive.
“Whom is he referring to? It is very insensitive of the minister to utter this especially when we are in a health crisis, people are sick and deaths reported,” he said.
The Opposition Leader also questioned why the government is only rushing to set up Kilu’ufi Hospital after reported cases in Malaita this week.
“The health minister and the oversight committee has been asleep for two years at the wheel,” he said.
The Opposition Leader said the Prime Minister and his health minister are equally accountable for this avoidable mess.
Mr Wale added the COVID statistics presented by the health minister is also misleading and likely grossly understated.
He said it is likely that many more people have contracted the virus and need to be tested but could not get help because the help lines are either not working or not answered.
“We are currently in a situation where people are sick but do not know if they have the virus or not.
“Many want to get tested to know their status and many are likely to infect more members of their households. It is surely an avoidable mess,” Mr Wale said.