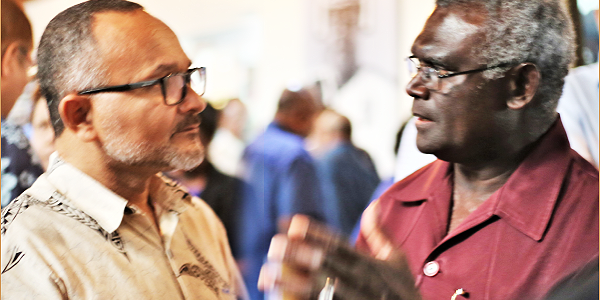 THE Government in responding to a media statement on 11 April expressed with regret the irresponsible and inflammatory comments made by the Leader of Opposition at the Prime Minister suggesting that the Security Cooperation with China is a private arrangement to protect the Prime Minister.

The Government on Wednesday clarified that any bilateral Framework Agreement is between two states and cannot be between an individual and a state.

“The bilateral Security Cooperation referred to between Solomon Islands and China is directed at Solomon Islands domestic security threats and is done in the national interest.

“The framework of peace is to facilitate support from China to Solomon Islands complimenting the existing Bilateral Security Agreement the Solomon Islands had with Australia,” the Government said.

The Government said it is the duty and responsibility of the State to look after its people and to protect their properties, critical infrastructure and create a secure environment for all to live in.

“The loss of lives, property and the frequent looting of the city during past riots prompts urgent action to broaden the country’s security cooperation with other partners.

“Broadening security partnerships with willing countries is aligned to the Solomon Islands National Security Strategy to guarantee the stability and unity of the country.

“The Prime Minister and the Government is taking a responsible action in broadening the country’s security engagement with more partners to strengthen our national security institutions and restore confidence and a secure environment for all.

“Security partnerships will allow our local police force to benefit and enhance their capability in responding to present and future threats,” the Government statement said.