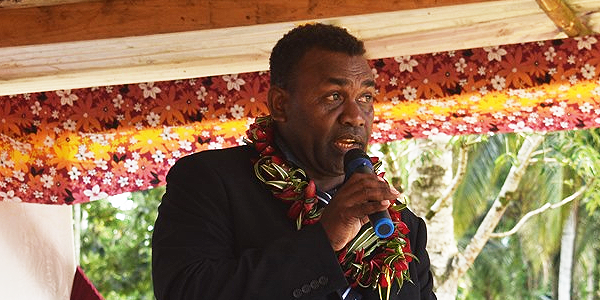 MALAITA Province Acting Premier Nelson Lenty on Tuesday reportedly walked out of the Premiers conference in Honiara, during the Attorney General’s (AG’s) presentation.

Information reaching Solomon Star Auki claimed that Mr Lenty was offended when John Muria Jr did a presentation on the Provincial Government Act which was reportedly targeted on Malaita.

According to those that were present when the scenario unfolded, Mr Muria in one points of the presentation highlighted that even the Prime Minister has not sacked a minister when he is overseas.

This statement was however viewed by Mr Lenty as a reference to Premier Daniel Suidani which is also insulting to the Malaita Provincial Government and the current standoff with the national government.

The situation yesterday reached a boiling point when the Renbel Premier, Willie Tuhagenga asked a direct question to the Attorney General regarding the Provincial Government Act, referring to Malaita Province.

That’s when Mr Lenty stood up and asked if Premier Tuhagenga is not aware that the whole presentation was about Malaita.

He then left the room in protest of what he felt was a planned move to try to humiliate Malaita in front of all the other provincial Premiers.

The humiliation did not end there, it was reported.

“When Mr Lenty left the room, the Permanent Secretary of Ministry of Provincial Government and Institutional Strengthening (MPGIS), Stanley Pirione told the rest of the Premiers that they should not worry about him (Lenty) leaving the meeting,” said a witness who was present during yesterday’s meeting.

Mr Lenty yesterday told this paper that he left the meeting due to the provoking nature of the Attorney General’s presentation and the Renbel Premier’s untimely question, which added salt to the already-wounded situation.

Meanwhile, the comment made by Mr Pirione has raised eyebrows in the meeting.

Tuesday’s meeting ended without the presence of any representative from the Malaita Provincial government.