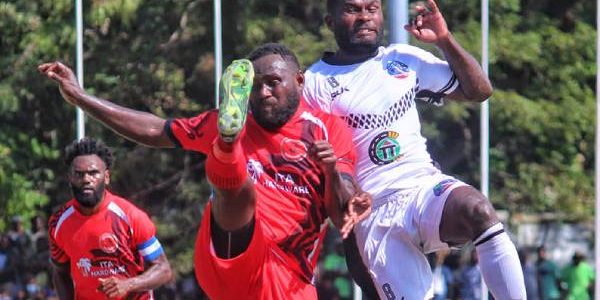 SOLOMON Warriors FC is back at the top of the Telekom S-league (TSL) table after thrashing Real Kakamora FC 9-0, the biggest goal margin since the start of the season at Lawson Tama, Sunday.

Harrison Mala and Jerry Donga scored a brace each while team mates Jordan Lea’alafa, Alvin Hou, Tigi Molea and Norman Winford had a goal each to push Warriors back to the top.

Warriors sit atop with nine points and a goal difference of 11.

For Kakamora, this is the first humiliating defeat following a strong start to the season with a win against Waneagu FC.

They drop by one spot to the sixth spot with six points.

Following this disappointing defeat, fans and supporters called on the club management and players to step up their performance in their upcoming matches.

Honiara City FC registered their first win 4-0 over Kula FC who is struggling to register a point since the start of the season.